Hong Kong, one of the world's most popular tourist destinations, and a true economic powerhouse, was once just a small fishing village on the edge of the South China Sea.

Notable attractions within the city include Victoria Harbor and Victoria Peak, also known as Mount Austin, and locally as The Peak, which offers expansive views of the city and its harbors. 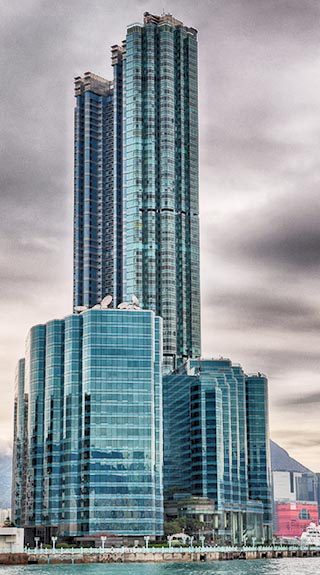 One of the many Hong Kong skyscrapers. 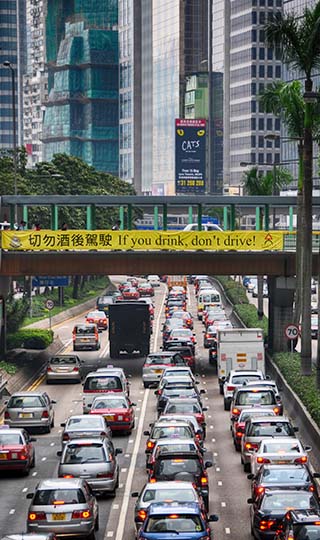 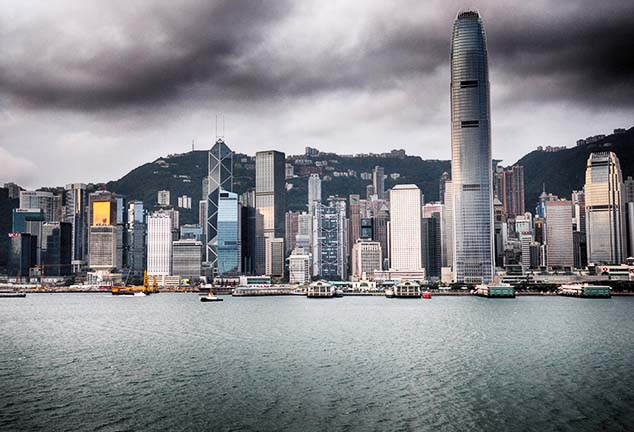 Hong Kong's International Finance Center is the second tallest skyscraper in a city of skyscrapers. This 88-storey structure was completed in 2003, and stands at 412 m (1351 ft). 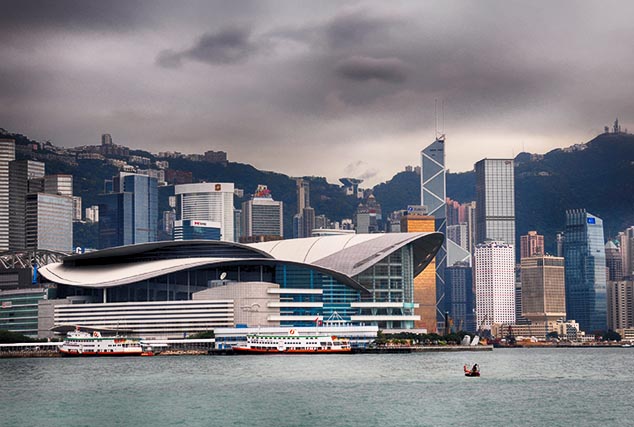 In fact, Hong Kong has over 112 buildings that stand taller than 180 m (591 ft). Hong Kong ranks first in the world in both skyscraper and high-rise count, with at least 52 completed skyscrapers over the height of 200 m (656 ft). 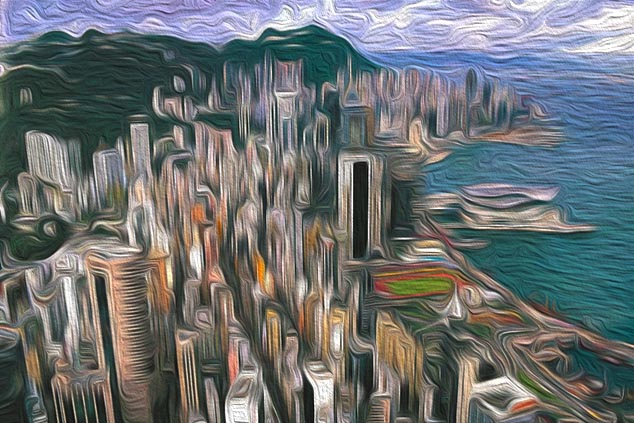 This is a Photoshop painting of the impressive Hong Kong skyline. Note the Happy Valley Racecourse (in green) lower right, as well as the Hong Kong Convention Center just offshore in Victoria Harbor. 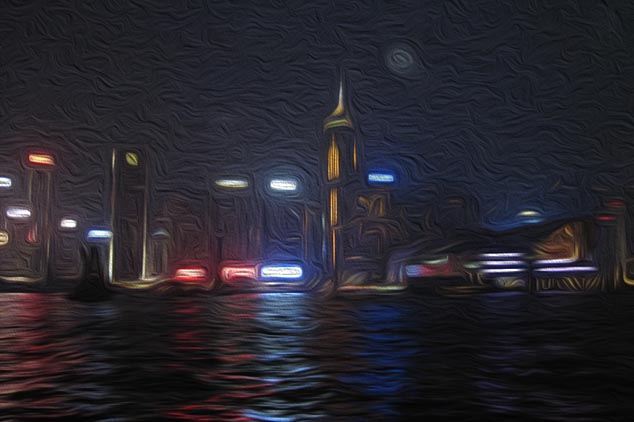 This is a Photoshop watercolor filter applied to a photo of Hong Kong at night. Note the fading moon upper right. 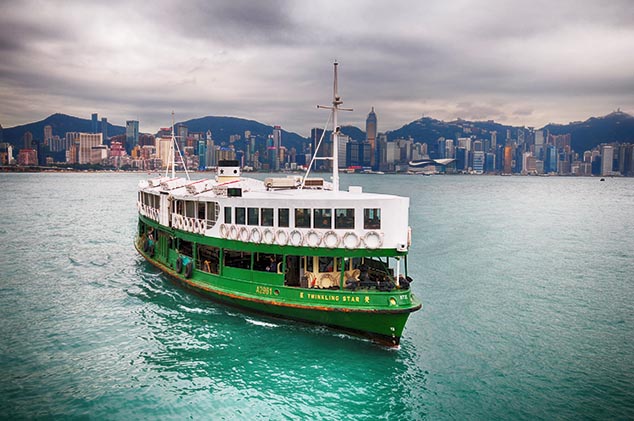 This is one of the hundreds of people ferries that crisscross Hong Kong's Victoria Harbor, 24/7. The harbor is situated between Hong Kong Island and the Kowloon Peninsula. Its deep, sheltered waters and strategic location on the South China Sea were instrumental in Hong Kong's establishment as a British colony and its subsequent development as a major trading center. The fares are very reasonable and the views impressive. 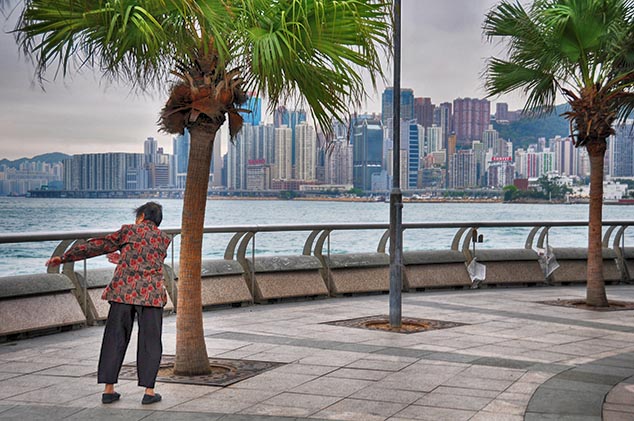 On the edge of Hong Kong Harbor, this woman is practicing T'ai Chi, an Chinese martial art used for both its defense training and its health benefits. Most medical research has found evidence that T'ai Chi is helpful for improving balance and for general psychological health, but not for more serious health conditions with which it has been associated.