Russia is a large country found in Eurasia. By land area, it is the largest country in the world. The landscape of Russia is vast and varied, ranging from tundra to steppe to forests. The population of Russia is around 144 million people. Its capital city is Moscow. Other major cities in Russia include St. Petersburg, Volgograd, Omsk, Noril'sk, Yautsk, and Vladivostok. 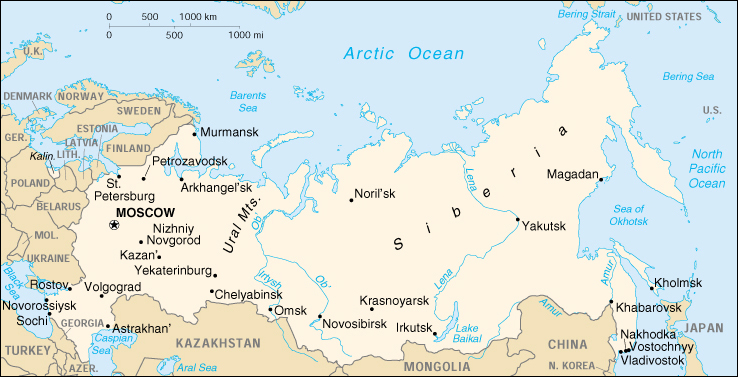