From the Forbidden City (China's imperial palace during the Ming Dynasty) to Heavenly Park and the Summer Palace, the Beijing area is loaded with a wide-variety of attractions for visitors of all ages. 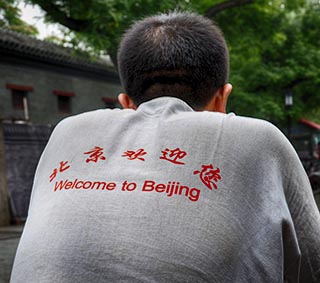 Welcome to Beijing, China. And as large city's go, Beijing is very friendly to visitors, especially if you return the favor. 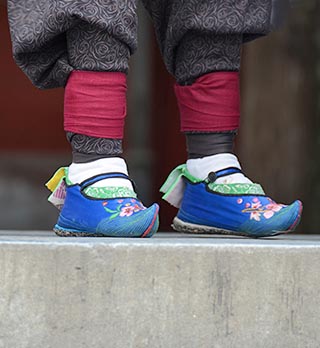 If you travel to China buying shoes can be a bit difficult if you have larger feet. Make sure you have at least one pair of good, comfortable walking shoes because the last thing you want to be doing is nursing blisters in the Forbidden City.

The military police in Beijing are very serious looking and always sharply dressed. 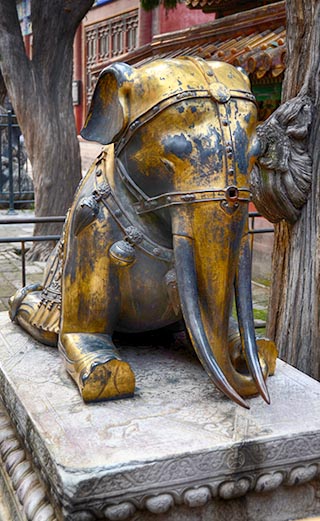 In Chinese culture a kneeling elephant symbolized the power of the emperor, as even elephants respect his strength. This one was on display in the Palace Museum, Forbidden City, Beijing. 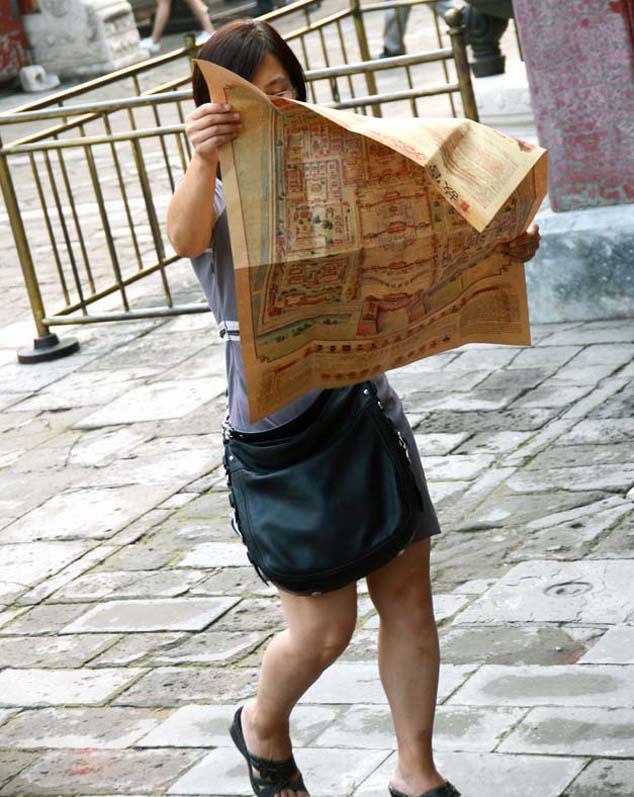 Beijing is large and somewhat confusing, so a good map is a necessity. Fortunately for travelers the city's major attractions have multiple-language explanations posted and that is very helpful. 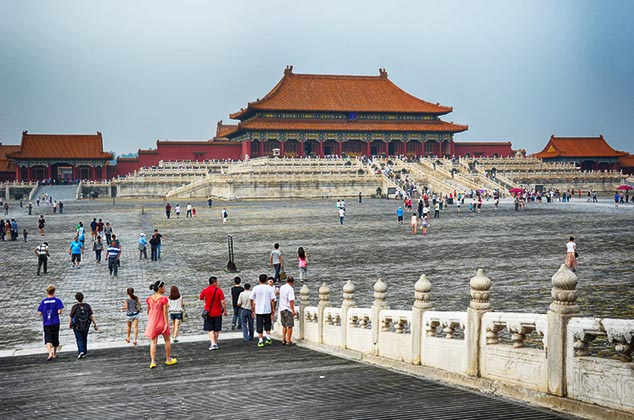 As for those attractions, the 'Forbidden City' is a must see. No longer forbidden, this amazing place was the Chinese imperial palace from the Ming Dynasty to the end of the Qing Dynasty. It is located in the center of Beijing, and now houses the Palace Museum. For almost 500 years, it served as the home of emperors and their households, as well as the ceremonial and political center of the Chinese government. 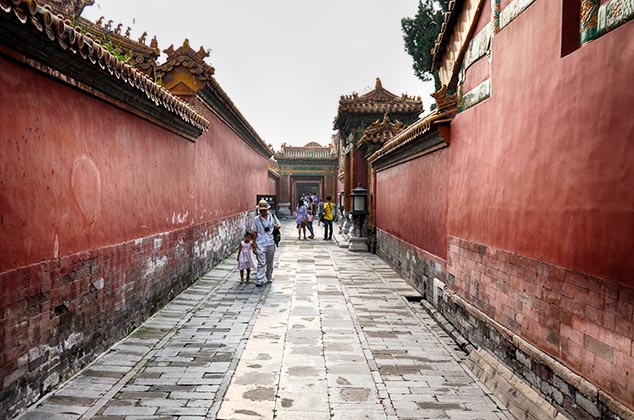 The inside of the Forbidden city is a maze of corridors, rooms of all sizes and walls, endless walls. The complex today consists of nearly 1,000 surviving structures with over 9,000 individual rooms. It was declared a World Heritage Site in 1987 by UNESCO as the "Imperial Palace of the Ming and Qing Dynasties." It is simply mind-boggling 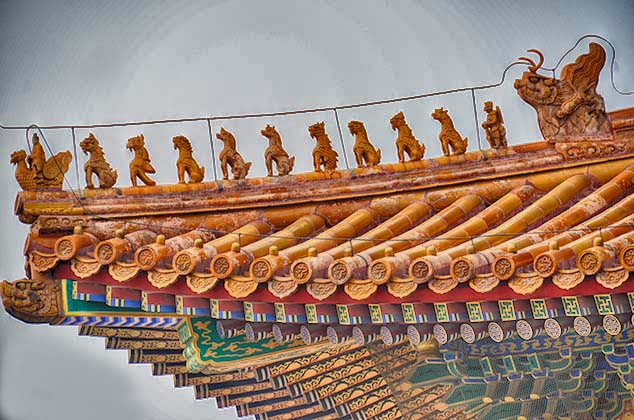 Chinese imperial roof decorations (or roof charms) are seen atop most building in the Forbidden City. These adornments are often made of glazed ceramic and are formed to imply an outward marching procession. This procession shows a man riding a bird in front, then nine beasts, a solitary immortal figure and a dragon. The number of beasts in these decorations is said to indicate the importance of the duties performed within the building or within the courtyard. 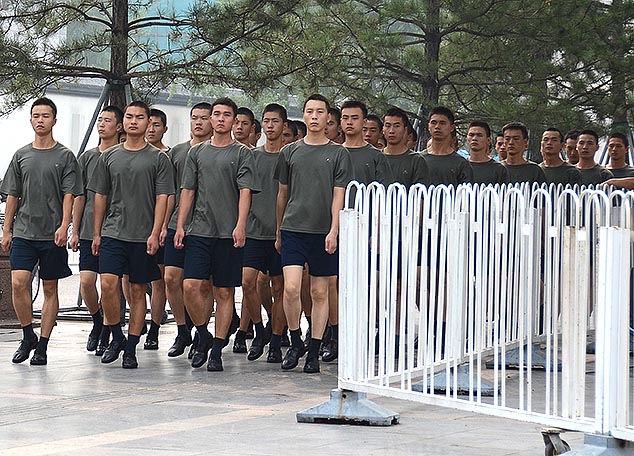 This group of young men were marching in formation near the entrance into the Forbidden City. Guards in training? I couldn't find the answer, but they all looked pretty serious to me.