The Great Wall of China is a series of fortifications made of stone, brick, tamped earth, wood, and other materials, generally built along an east-to-west line across the historical northern borders of China in part to protect the Chinese Empire against intrusions.

Several walls were built beginning around the 7th century BC, then later joined together to make a bigger and stronger wall now collectively referred to as the Great Wall. 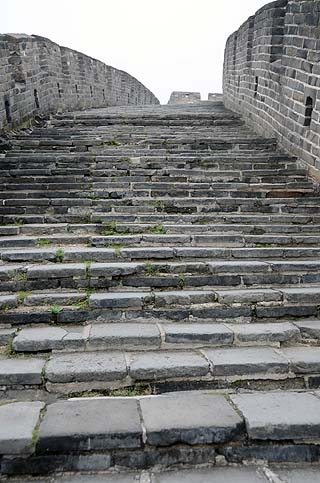 Although the vast majority of the remaining sections of the Great Wall were erected during the Ming Dynasty, the Great Wall represents a collective effort of millions of people from many of China's imperial dynasties and pre-imperial states, dating back to over 2500 years ago. 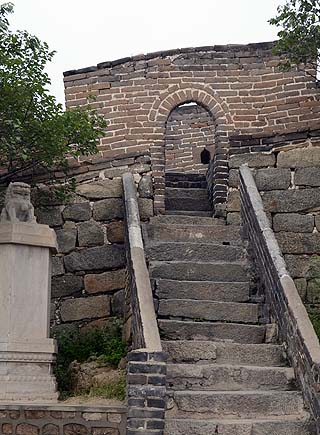 The Great Wall allowed for border control practices for the various imperial governments of China to tariff goods transported along the Silk Road, to regulate or encourage trade, as well as generally to control immigration and emigration. These steps lead up to one of the watch towers. 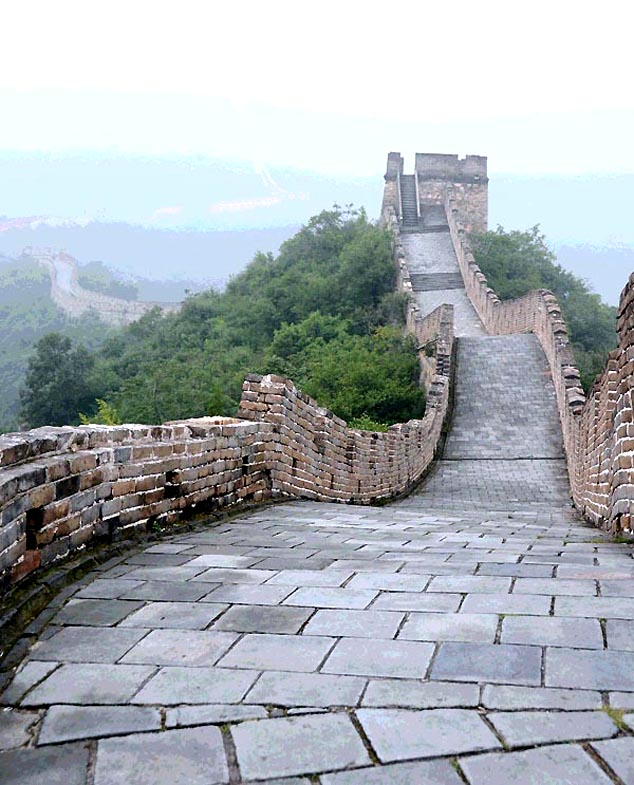 The Great Wall stretches from Shanhaiguan in the east, to Lop Lake in the west, along an arc that roughly delineates the southern edge of Inner Mongolia. If natural defensive barriers such as hills and rivers are excluded, the wall measures 6,259.6 km (3,889.5 mi) in length. Here, as you can see, the historic wall fades into the distance. 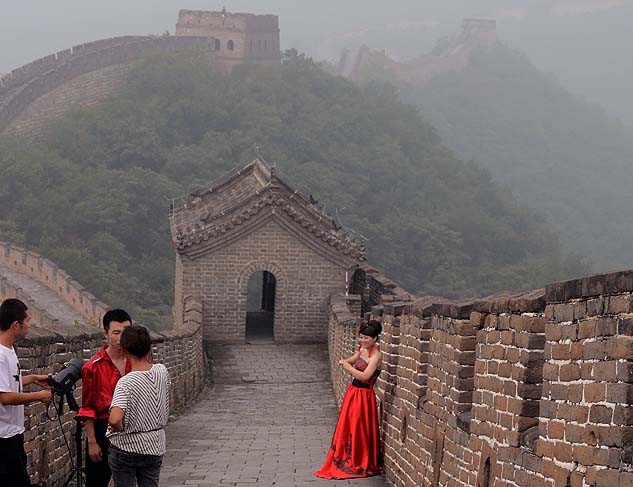 While some portions north of Beijing and near tourist centers have been preserved and even extensively renovated, in many locations the wall is in disrepair. Sadly, some sections of the Great Wall are prone to graffiti and vandalism. The Great Wall, a photographer's dream, is frequently used as a background for photo shoots and weddings. 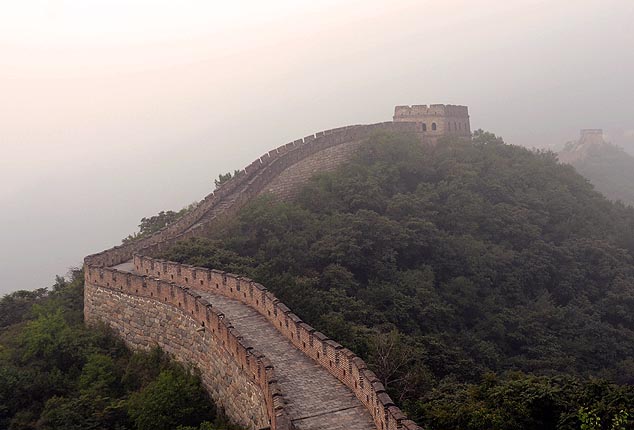 In places, the height of the wall has been reduced from more than five meters (16.4 ft) to less than two meters. The square lookout towers that characterize the most famous images of the wall have disappeared completely in the western sections as the walls and towers there were constructed from mud, rather than brick and stone, and thus are more susceptible to erosion 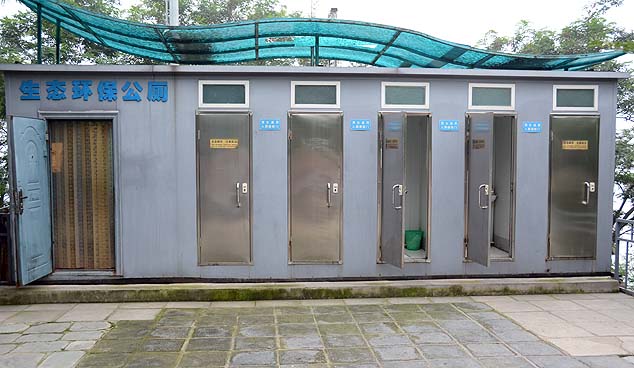 The Great Wall, China's legendary defence line, is the country's number one historic monument and national symbol, Countless thousands visit each year, and with crowds like that, modern bathroom facilities are certainly needed. And no, the green bucket is not used for that purpose.