The Terracotta Army or the "Terra Cotta Warriors and Horses", is a collection of terracotta sculptures depicting the armies of Qin Shi Huang, the first Emperor of China. It is a form of funerary art buried with the emperor in 210–209 BC and whose purpose was to protect the emperor in his afterlife, and to make sure that he had people to rule over.

The figures, dating from 3rd century BC, were discovered in 1974 by some local farmers in Lintong District, Xi'an, Shaanxi province, near the Mausoleum of the First Qin Emperor, Qín Shǐhuáng Ling.

The figures vary in height according to their roles, with the tallest being the generals. The figures include warriors, chariots and horses. Current estimates are that in the three pits containing the Terracotta Army there were over 8,000 soldiers, 130 chariots with 520 horses and 150 cavalry horses, the majority of which are still buried in the pits.

The Terracotta Army figures were manufactured in workshops by government laborers and by local craftsmen, and the material used to make the terracotta warriors originated on Mount Li. The head, arms, legs and torsos were created separately and then assembled

Once assembled, intricate features such as facial expressions were added. It is believed that their legs were made in much the same way that terracotta drainage pipes were manufactured at the time. 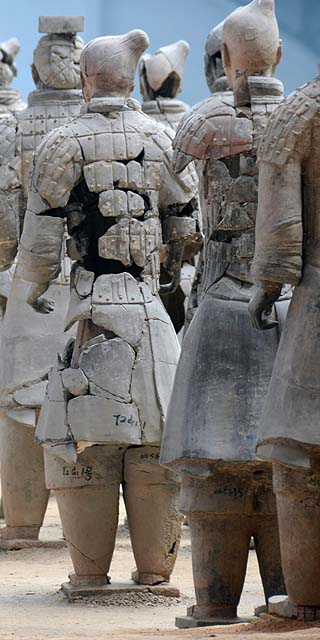 A collection of 120 objects from the mausoleum and 20 of the warriors were first displayed outside of China at the British Museum in London in 2007. I saw the same touring group at the Houston Musuem of Natural Science, and was absolutely impressed. 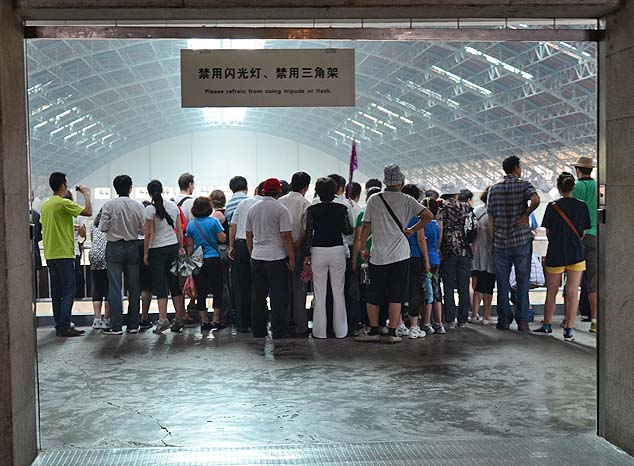 This group of tourists have traveled to Xi'an, China, and directly below their vantage point they are about to see one of the most fascinating sites on the planet. 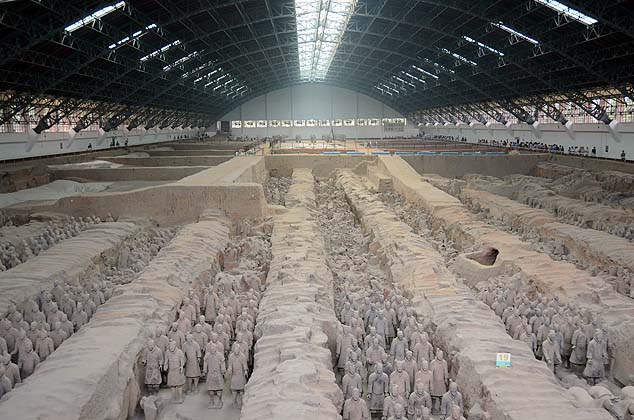 And this is their view of the Terracotta Army, discovered in the spring of 1974 to the east of Xi'an in Shaanxi province by a group of farmers when they were digging a water well around 1 mile (1.6 km) east of the Qin emperor's tomb mound at Mount Li, a region riddled with underground springs and watercourses. 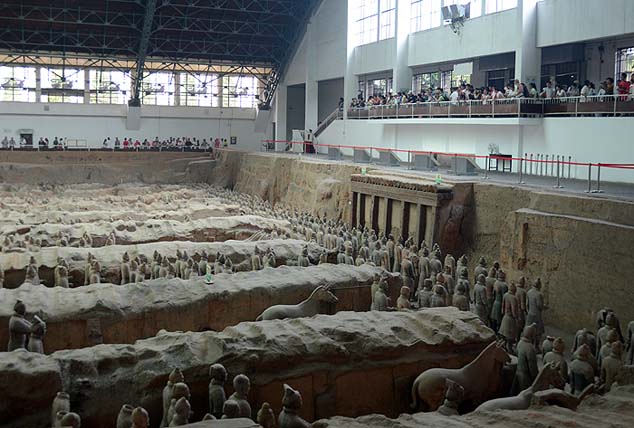 For centuries, there were occasional reports of pieces of terracotta figures and fragments of the Qin necropolis – roofing tiles, bricks, and chunks of masonry – found in the area. This most recent discovery prompted Chinese archaeologists to investigate, and they unearthed the largest pottery figurine group ever found in China. 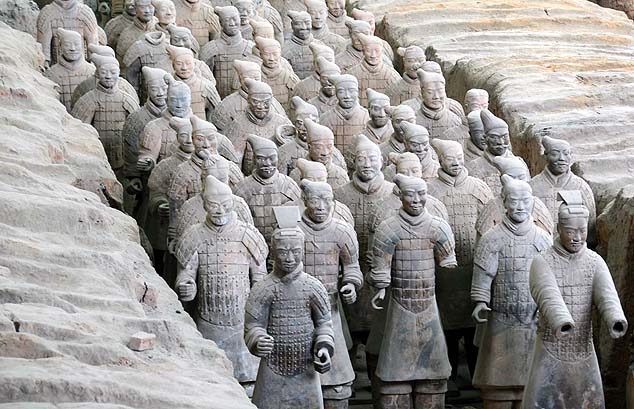 The terracotta figures are life-sized. They vary in height, uniform and hairstyle in accordance with rank. Most originally held real weapons such as spears, swords, or crossbows. The figures were also originally painted with bright pigments, variously coloured in pink, red, green, blue, black, brown, white and lilac. The colored lacquer finish, individual facial features, and actual weapons used in producing these figures created a realistic appearance. 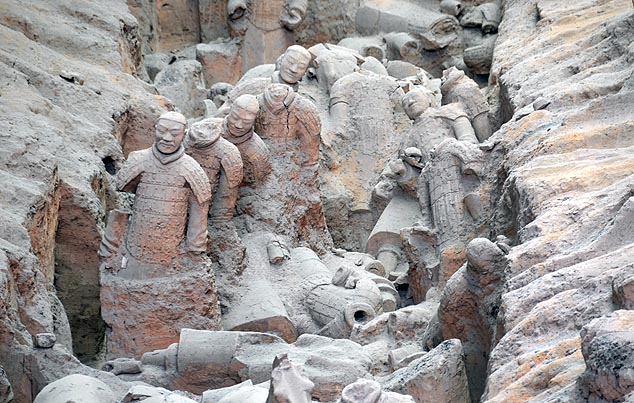 According to historian Sima Qian (145–90 BC), work on this mausoleum began in 246 BC soon after Emperor Qin ascended the throne (then aged 13), and the full construction later involved 700,000 workers. As you can see, many of the figures did not survive their burial. 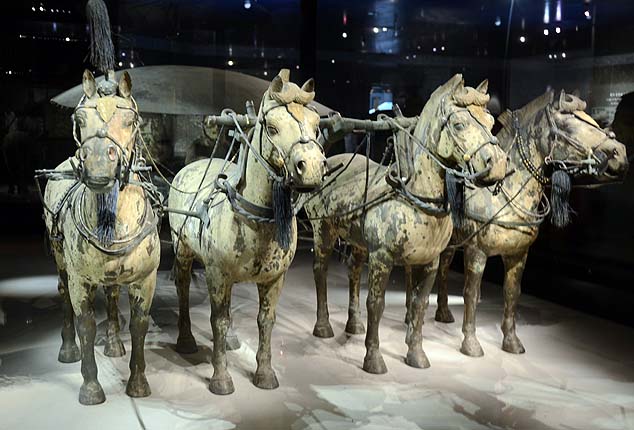 These four bronze horses with a chariot for the emperor were found together. Combined they're the largest bronze sculpture found in the world. When discovered, they were broken into more than 16.000 pieces, and now they're completely restored 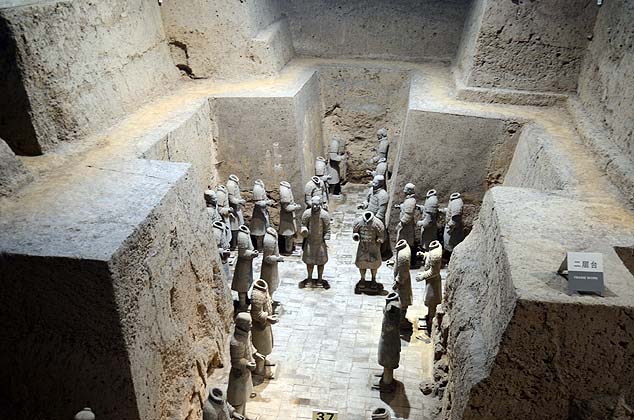 Only a portion of the site is presently excavated, and photos and video recordings are prohibited in some viewing areas. Only a few foreign dignitaries, such as Queen Elizabeth II, have been permitted to walk through the pits to observe the army at close quarters..