It is a global city, with influence in commerce, culture, finance, media, fashion, technology, and transport. It is a major financial center, and the busiest container port in the world, followed closely by Singapore.

Located in the Yangtze River Delta in eastern China, Shanghai sits at the mouth of the Yangtze River in the middle portion of the Chinese coast. Once a fishing and textiles town, Shanghai grew in importance in the 19th century due to its favorable port location and was one of the first cities in China opened to foreign trade.

Shanghai is a popular tourist destination renowned for its historical landmarks such as The Bund, City God Temple and YuYuan Garden, as well as the extensive and growing Pudong skyline. It has rightfully been described as the "showpiece" of the booming economy of mainland China. We couldn't agree more.

Looking ever so much like a giant bottle opener, the Shanghai World Financial Center,is a super tall skyscraper located in the Pudong district of Shanghai, China. It towers over all other structures in Eastern China, dominating the skyline. It is a mixed-use skyscraper, consisting of offices, hotels, conference rooms, observation decks, and ground-floor shopping malls.

Park Hyatt Shanghai is the hotel component, containing 174 rooms and suites. Occupying the 79th to the 93rd floors, it is the second-highest hotel in the world, surpassing the Grand Hyatt Shanghai on the 53rd to 87th floors of the neighboring Jin Mao Tower. 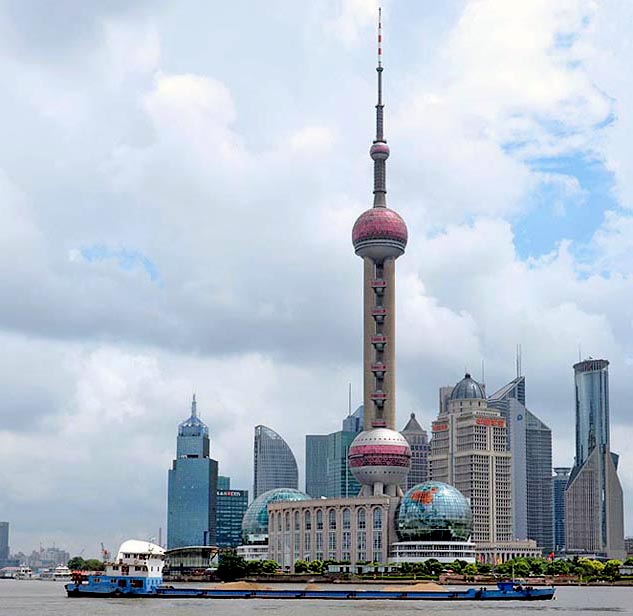 Pudong is an area of Shanghai, located along the east side of the Huangpu River, across from the historic city center. Formerly a little-developed agricultural area linked only by ferries, Pudong has grown rapidly since the 1990s and emerged as China's financial and commercial hub. Pudong is home to the Lujiazui Finance and Trade Zone and the Shanghai Stock Exchange and many of Shanghai's best-known buildings, such as the Oriental Pearl Tower (center), the Jin Mao Building, the Shanghai World Financial Center. 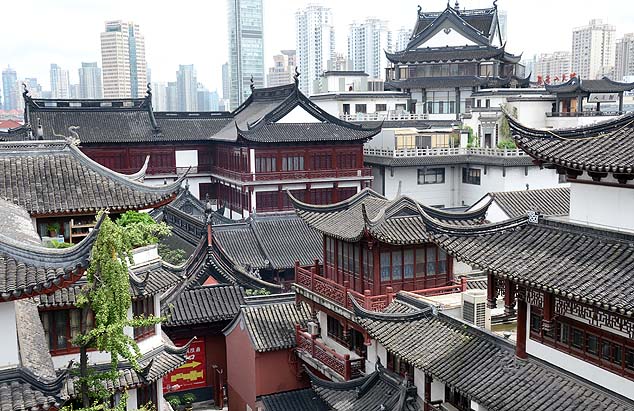 This is a view of the classic Chinese rooftops in the YuYuan Gardens area of Shanghai. They contrast rather dramatically the modern skyscrapers in the distance. YuYuan Gardens is a large and famous classical garden surrounded by an interesting labyrinth of stores and restaurants. It is normally crowded with people but a fascinating place to visit nevertheless. 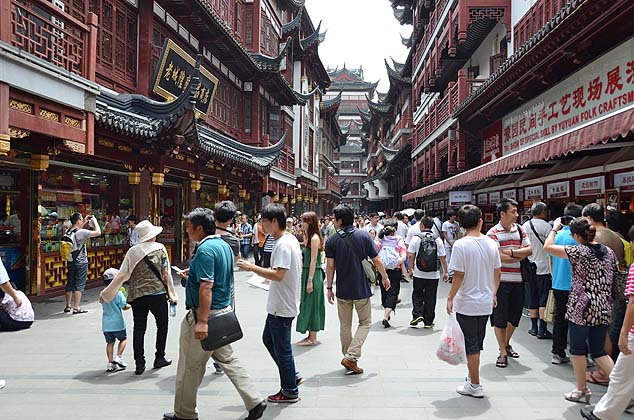 These are tourists (shoppers) in the above mention YuYuan Gardens area of Shanghai. The city is hailed as a "Shopping Paradise" and the "Paris of the Orient". So if you come to Shanghai, shopping should not be missed any more than its other charming attractions. Providing the very best of shopping has become an indispensable part of Shanghai's tourism industry. 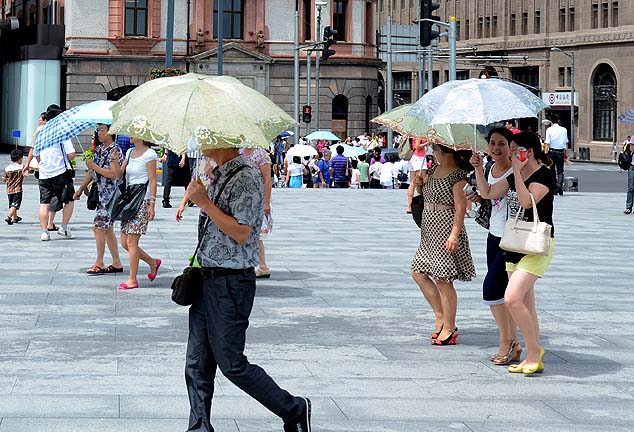 This is a small corner in the "Bund", a waterfront area in central Shanghai. It's an area of buildings and wharves along the waterfront and one of the most famous tourist destinations in the city. It's frequently hot and sunny in Shanghai, so shielding your head from the sun by using an umbrella is common. They're lavishly decorated with sequins and lace and usually have a UV layer on the inside. And as you can see, even men parade them around.