Boulders Beach, South Africa
Boulders Beach is a sheltered beach made up of inlets between granite boulders, from which the name originated. It is located in the Cape Peninsula, near Cape Town in the Western Cape province of South Africa.

It is a popular tourist stop because of a colony of African Penguins which settled there in 1982. Although set in the midst of a residential area, it is one of the few sites where the penguin can be observed at close range, wandering freely in a protected natural environment.

From just two breeding pairs in 1982, the penguin colony has grown to about 3,000 in recent years. This is partly due to the reduction in commercial trawling in False Bay, which has increased the supply of pilchards and anchovy, which form part of the penguins' diet.

The locals sometimes wonder if it has been a blessing or not, as penguins rule the beach and tend to be late night party animals!! Regardless, they are the only penguins that live in a warmer climate, and remain a major tourist attraction. 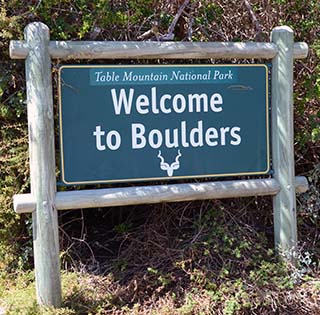 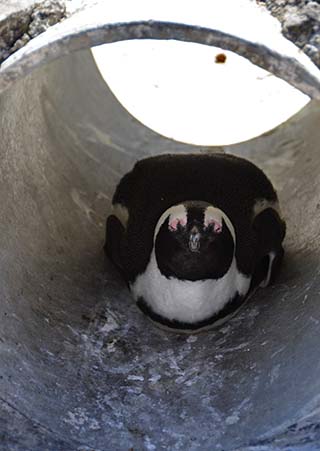 A penguin sleeping in the shade in plain site. 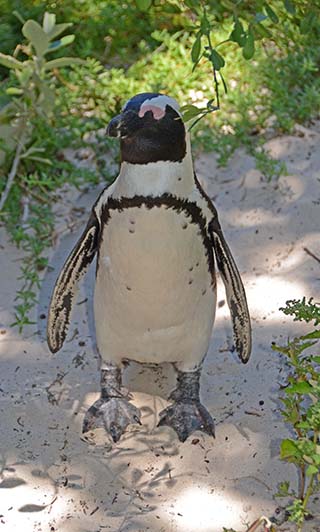 I think this one was also sleeping, but standing up 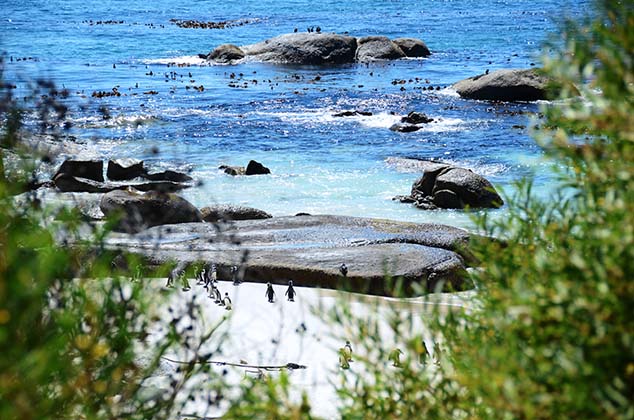 It's easy to see why this place is called Boulders Beach, and if you look closely you can see the penguins. 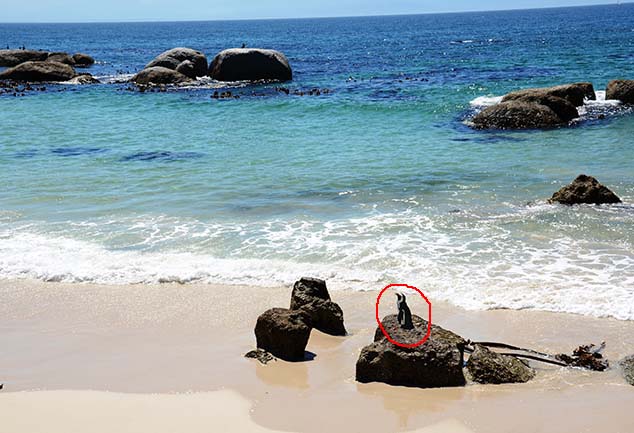 This one rules the beach from a rocky perch. 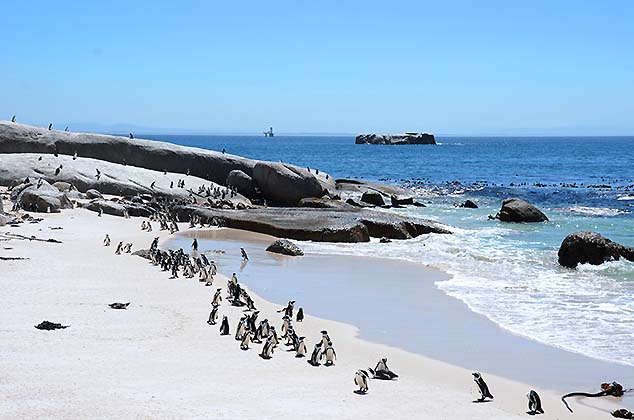 Most of this group has just returned from the ocean, where finding their favorite food is relatively easy. 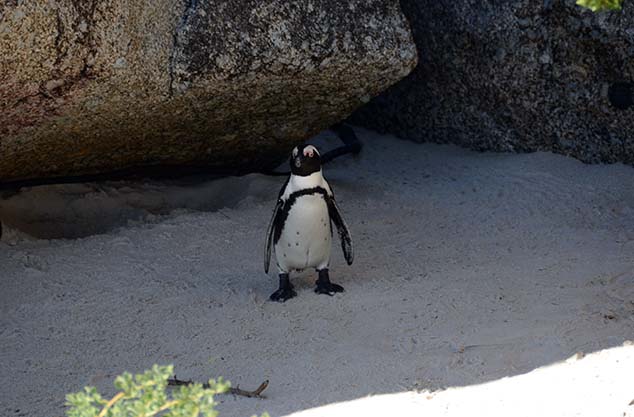 This penguin seems to be asking, "Are you looking at me?", and yes I was. 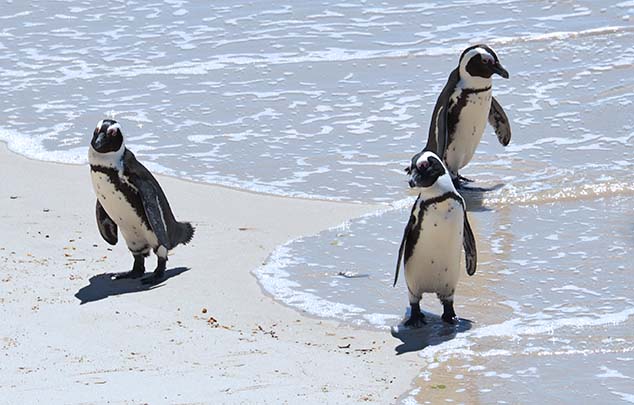 This trio had also just returned from the ocean. 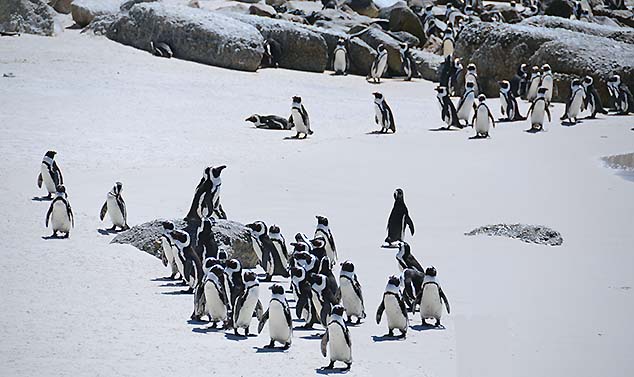 Another large group of African Penguins; note the two standing on the rock seemingly giving orders to the others. 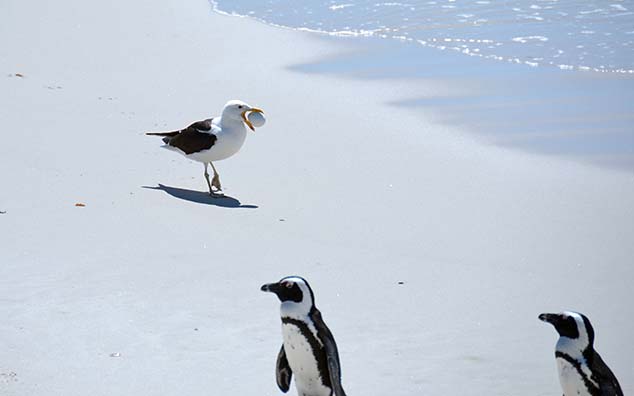 Seagulls will eat just about anything, and penguin eggs are no exception.