The port city of Valparaiso, about 75 miles west of Chile's capital city of Santiago, is a wonderful place to explore.

From the harbor, the city rises sharply into 17 towering hills (or cerros), each covered by a maze of colorful houses and shops. The hills are dissected by steep, San Francisco-like streets that are a bit scary to navigate in an automobile.

So many locals and tourists alike traverse these hills by using Valparaiso's ascensores, a sort of wooden carriage (or elevator) that slowly ascend the cerros at very precipitous angles. 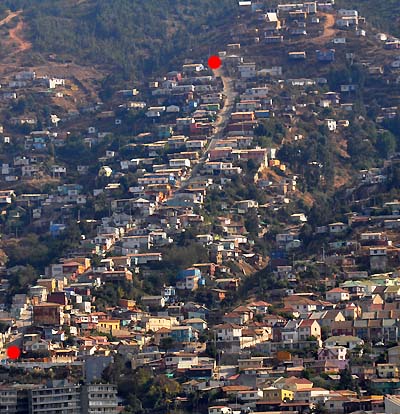 From the red dot (lower left), to the red dot at the top of the hill, a winding street dissects this Valparaiso neighborhood at about 65 degrees. No wonder many people don't drive here, but rather use the ascensores (upper right). 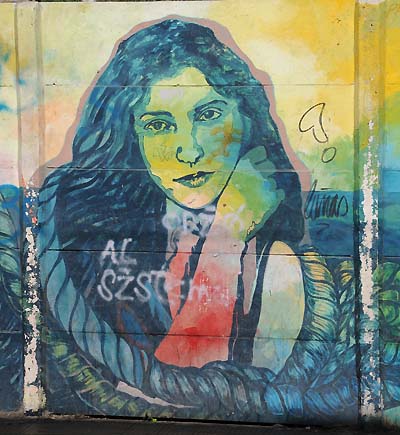 Everywhere you look in South America, quality street art is commonly seen, and the streets of Valparaiso, Chile are no exception. 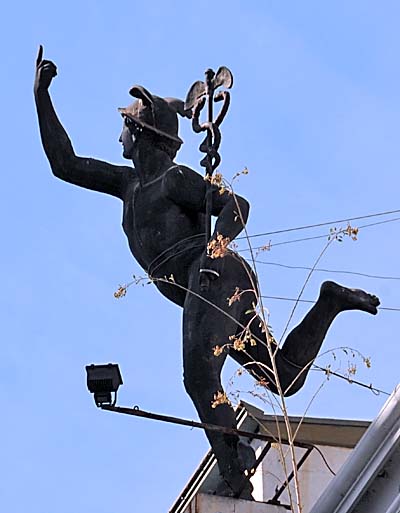 In the 19th century Chile and Peru fought many bloody battles over land rights and other issues. In the end Chile emerged victorious from that war, but a minor, yet palpable friction remains to this day. I spotted this statue atop a building in the city center, and is it just me, or does this classic figure appear to be giving a certain message to Peru? I could be wrong. 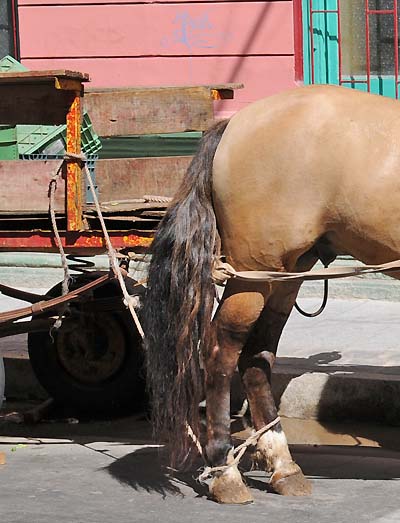 OK, please excuse me, but this is a brief story about a horse. I saw this poor animal tied to a cart on a Valparaiso street and I became a bit animated (pardon the pun) when I noticed that his back legs were also tied down. Well, it seemed to me that a solution was needed, so with my best high school Spanish in tow I tried to express my concerns to a local merchant standing in his store front. Well, turned out that Francisco spoke very good English, and he quickly informed me that this horse was loved by his owner but it had a terrible bucking problem. So instead of leaving him in the barn (all alone) he took him along on the delivery route...but his legs had to be controlled. Ok, it was a long story with a somewhat happy ending, but I feel better now! 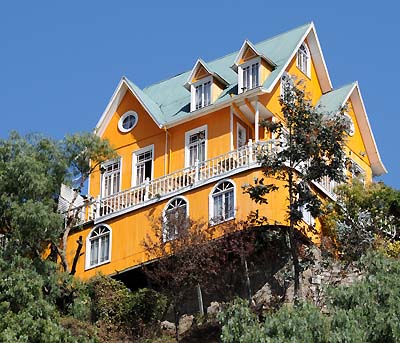 This attractive New England style house was perched on a cliff above the Valparaiso harbor. I could only imagine the views its owner must enjoy, and yes, I was a bit jealous of that yellow abode. 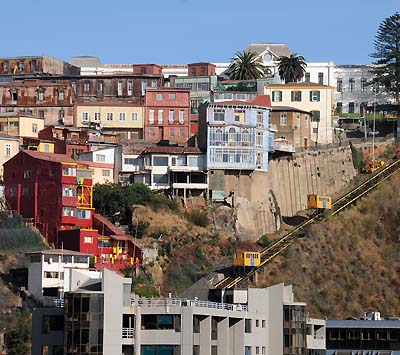 These are the typical wooden elevators (ascensores) that lift residents up the steep hills of Valparaiso. They're a bit scary and somewhat treacherous, but they sure do work. 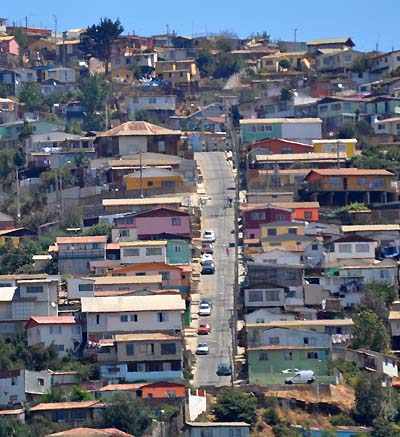 A high-powered lens look at a hilly Valparaiso neighborhood.

In Valparaiso's Plaza Sotomayor stands a most impressive monument that honors the "Hero's of Iquique," a battle where Chile's Captain Arturo Prat led his men into battle, all fighting to the death. 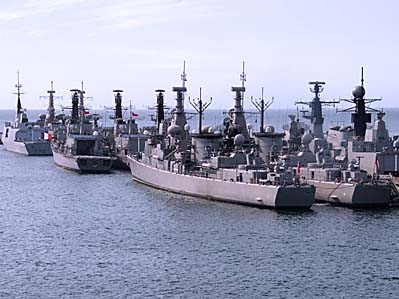 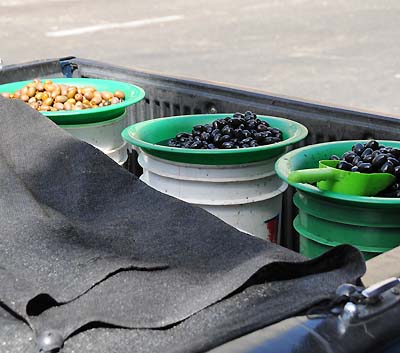 Normally I don't eat food off the street while traveling, especially food from the back of a pickup truck, however, a local entrepreneur was selling olives to pedestrians, and with some trepidation I tried some and they were delicious. 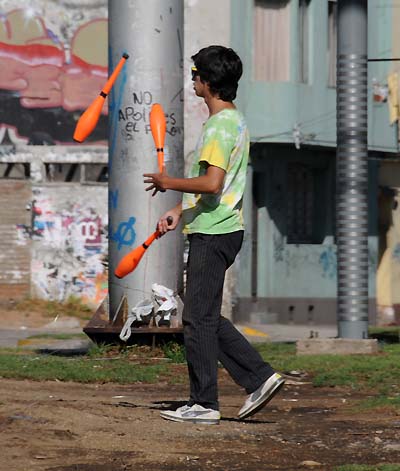 Entrepreneurs in Chile find many ways to make a buck, and this talented dude did his juggling act for red light traffic while his girlfriend went car to car looking for donations.