Salvador, or Sao Salvador da Bahia de Todos, was Brazil's first capital. With nearly 3 million citizens, it's one of the largest cities in the country. This pulsating metropolis is a delightful mix of African slave cultures and Portuguese architectural styles and religious traditions.

Salvador's Carnival celebration, said by some to be Brazil's largest, is a frenzied blend of bands, floats, dancers and revelers. In addition, neighborhood parades and festivals are common occurrences throughout the year.

Of all of the cites I've visited in my travels, Salvador is the most colorful, and one of the most welcoming. Just walking the narrow streets, it's all but impossible not to enjoy the friendly people and their wonderful home. 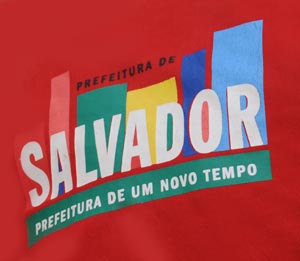 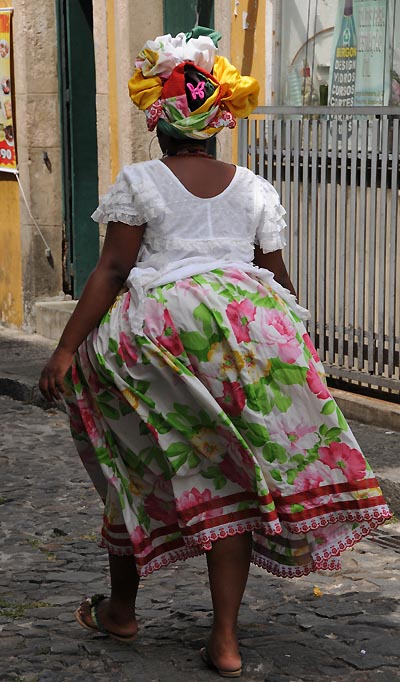 This woman, and many others like her, were wearing this Bahian (African) style of dress. It's much like a bouquet of flowers walking down the street. 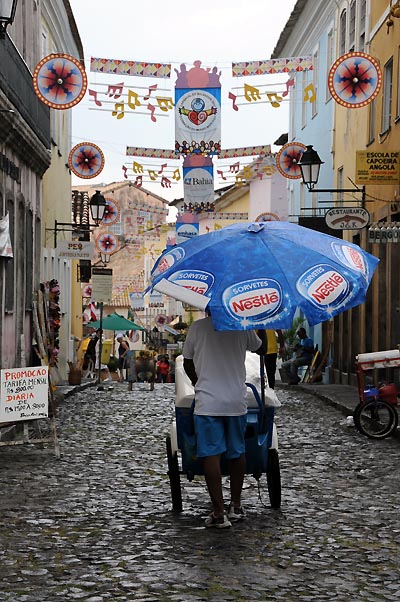 In the Cidade Alta section of the city, where most of the historical buildings are found, this is a typical street. 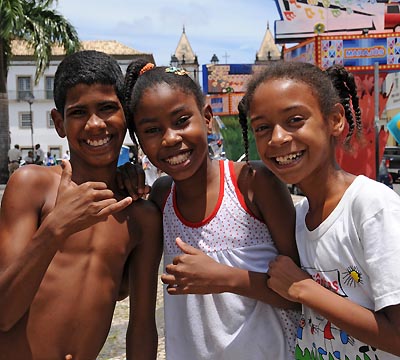 This trio of smiling faces was very curious about cruise ship tourists. 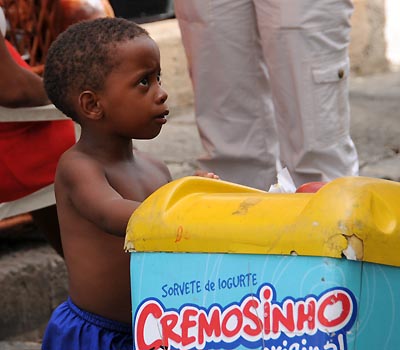 I noticed this little guy just staring at the ice cream vendor. He apparently had no money, but it was easy to see that he really wanted a cold treat on a very hot day. Well, of course I caved in and bought him the ice cream. He grabbed it and all but ran down the street with his prize. He turned and glanced back once, but that was the last I saw of him. 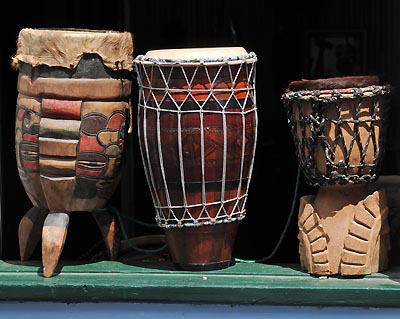 Drums were on display in a local store window. If you look closely, you will see that ropes were tied to each to prevent theft of same. 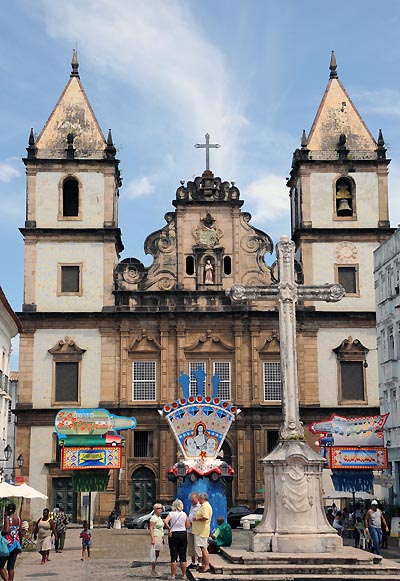 Salvador's Terreiro de Jesus square is home to three of the city's most impressive churches, including the Cathedral Basilica.

In Salvador, I noticed that most of the women were very nicely dressed. 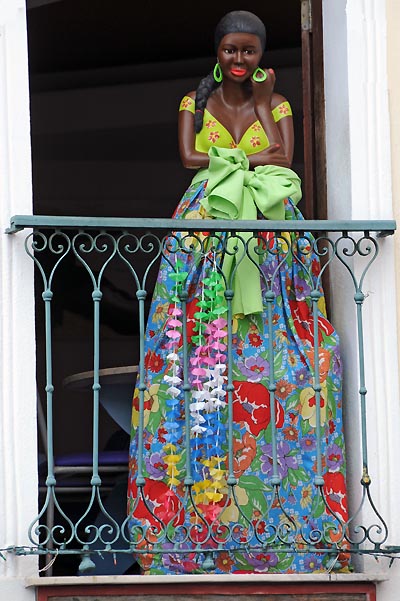 From across the main square I zoomed in on what appeared to be a very attractive girl standing in a window. She turned out to be a mannequin. 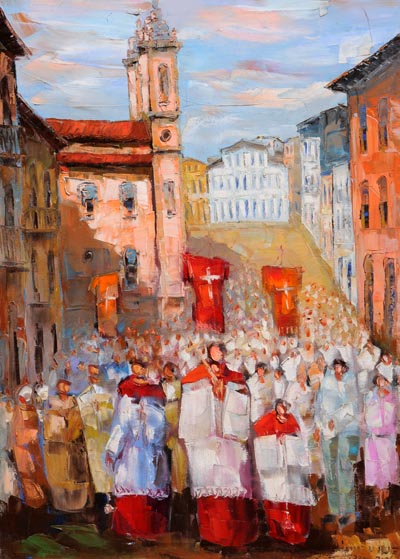 Local street art was stunning in Salvador. This painting of a religious procession caught my eye and I just had to have it 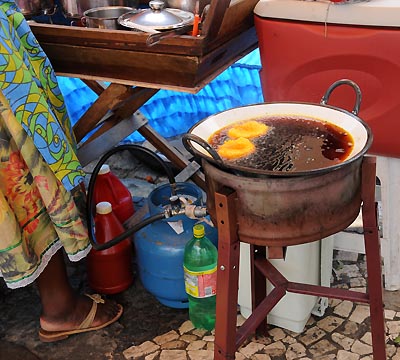 Even food cooking on the street was a photo opportunity. 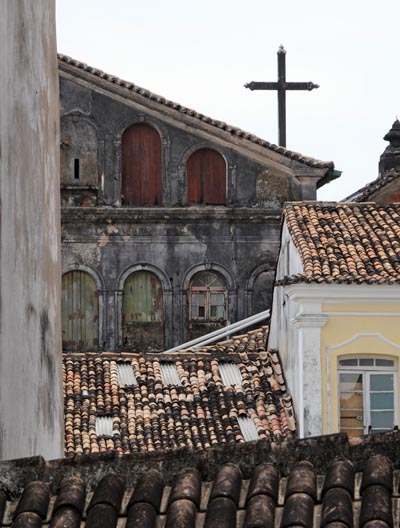 This photo clearly shows the architectural contrasts in Salvador, Brazil