Recife, known as the Venice of Brazil, has numerous rivers and islands within its borders. It also has nearly 3.5 million citizens, and it's growing fast.

Approaching the city from the sea, I could see nearly 200 condominiums and high rises lining the beach, and for good reason I would later learn. This modern tropical city is warm throughout the year, beaches are nearly perfect and the cost of living is very reasonable.

We spent most of our day in port in a small suburb, the colonial town of Igarassu. The pace there was certainly less-hectic than the big city, plus it was a great way to meet the locals. 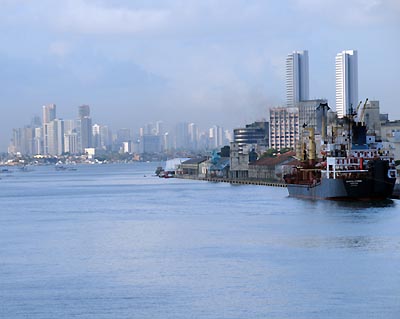 This is an early morning shot of the entrance to Recife's harbor. The city has nearly 200 high rises, and they stretch across the horizon along the beach. 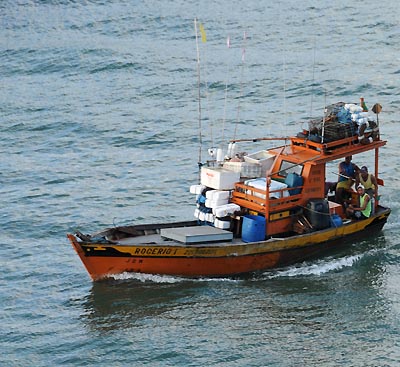 A long parade of distinctive boats were making there way to the Atantic Ocean fishing grounds as we were entering the harbor. 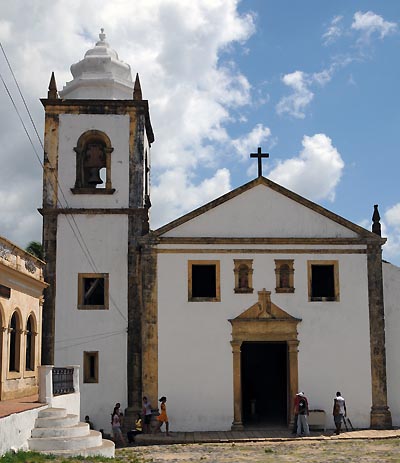 Instead of exploring the massive city center, we opted for a quieter place and traveled to the northeastern suburb of Igarassu where many colorful colonial building remain. This is the church of Sao Cosme e Damiao. Built in 1535 by the Portuguese, it's the oldest church in all of Brazil. 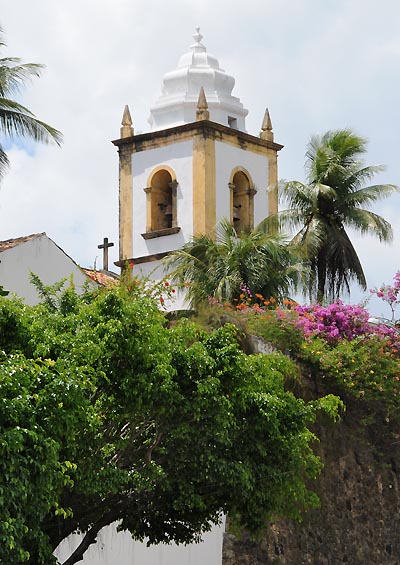 This is the church of Sao Cosme e Damiao from a picture postcard angle. 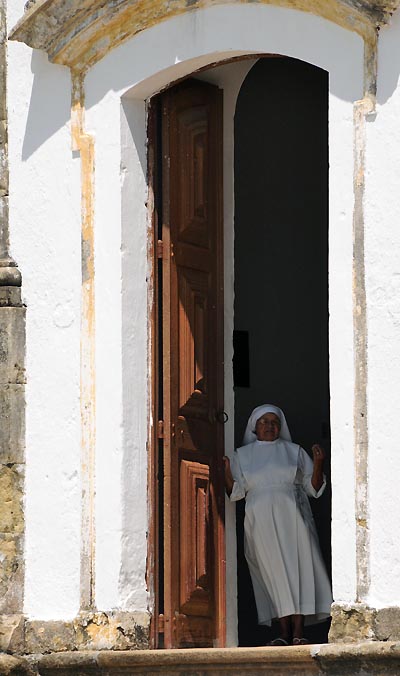 This is the convent attached to the church. There, (we were told) 80 some nuns care for hundreds of orphans. As I slowly approached the door, it was quickly shut. Maybe it was my Panama Hat. 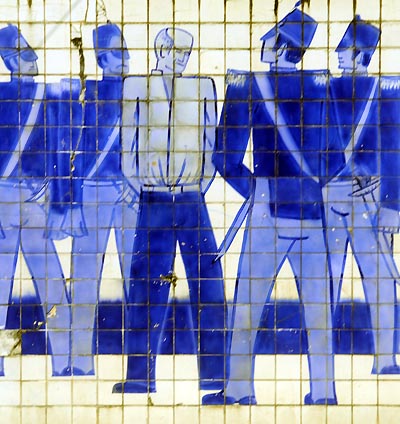 Outside of a nearby military prison, this tiled wall caught my attention. 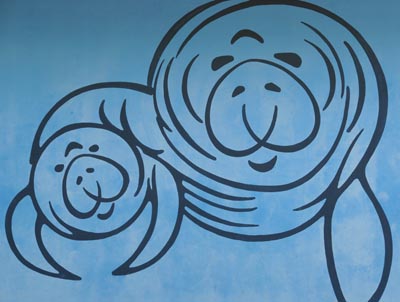 We were told that on Itamaraca Island, a few miles from Igarassu, a Manatee refuge center was in full operation, so we of course went there. Similar to Florida, Manatees in coastal Brazil are occassionaly run over by powerboats, but in Brazil, most (if found) are killed for food so the helpless babies need human help. One of the roles of the facility is to educate the local population not to kill them. 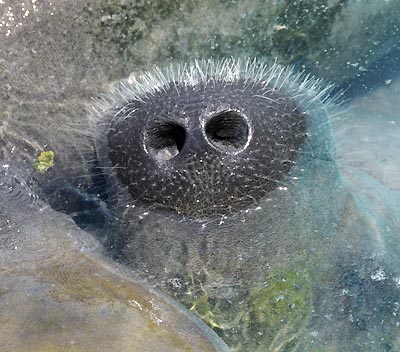 A dozen or so endangered Manatees were housed in two large, rather dirty tanks at the center. Two females and five calves were in one. This is the nose of a young Manatee as it broke through the water to catch a breath. 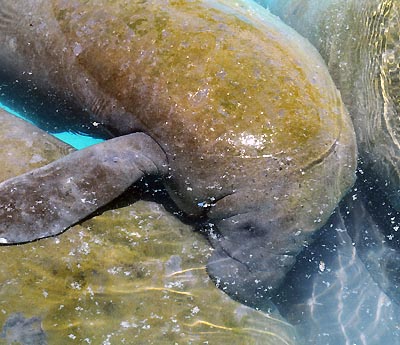 This is one of the females with a calve. The guide said that female Manatee's will generally feed any hungry youngster. Note that once a young Manatee is deemed healthy and strong enough, the center releases them back into the wild. 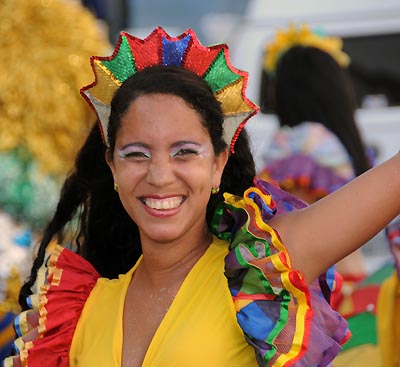 Like most ports in South America, foreign cruise ships are generally met by a local group that performs some sort of indigenous dance. This woman was part of a large contingent in Recife that danced non-stop for over an hour. They wore wonderful Carnival costumes and posed with the passengers for pictures. 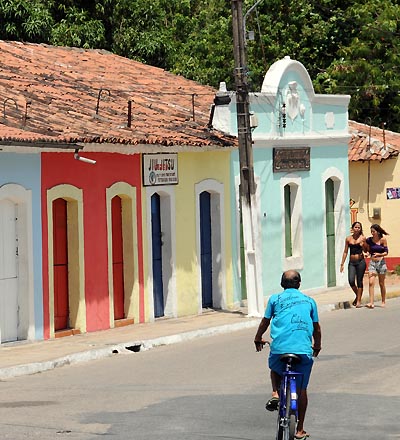 The colonial town of Igarassu was all about color, as brightly shaded buildings and houses ran in all directions. 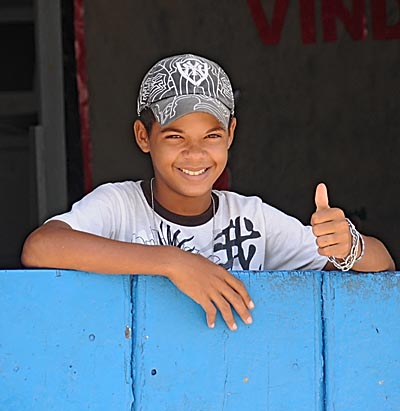 Walking along a city street this handsome lad gave me the thumbs-up sign. 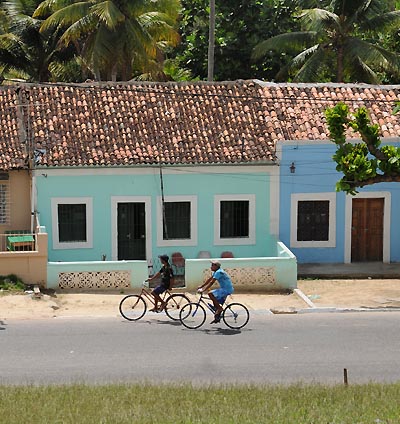 Here's another shot of the colorful architecture in the town of Igarassu. 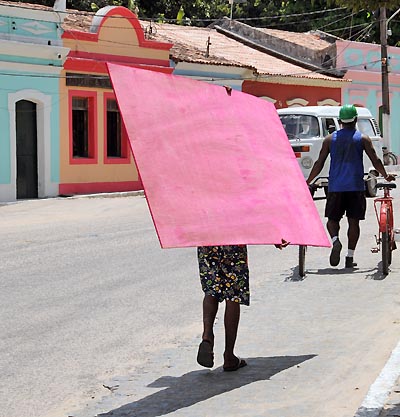 Now I ask you...if you were carrying a piece of plywood down a street in Igarassu, what color would it be? 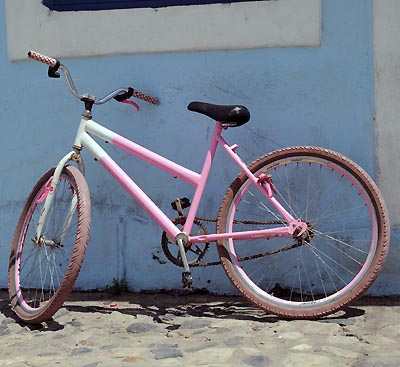 I guess the same question could be asked of a local bike owner. 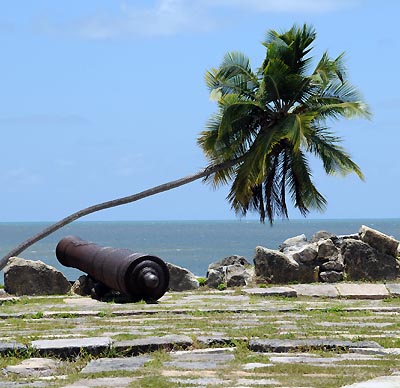 On Itamaraca Island, the Dutch built Forte Orange in 1631. It was called Forte Orange as orange was the official color of Holland. This is one of the remaining cannons that fronts the Atlantic Ocean coastline. 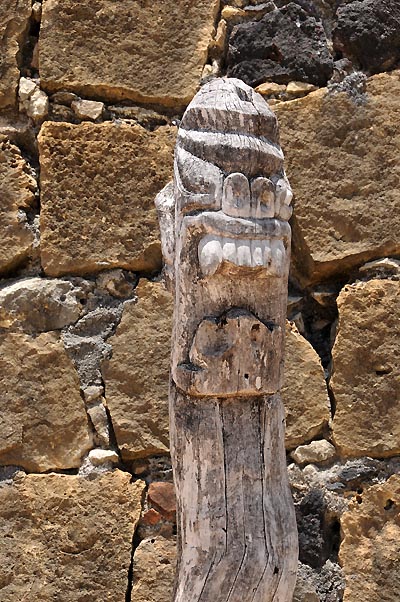 Inside Forte Orange, a few 17th century wooden carvings were on display. 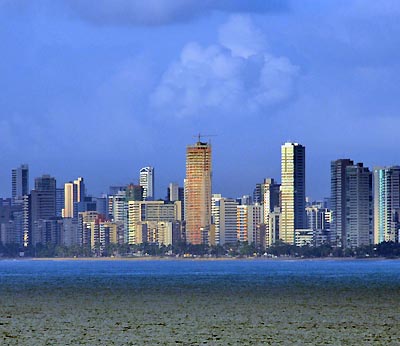 This is part of the skyline of Recife at sunset. Sure looks like Miami to me.