Located about 700 miles south of Santiago, Puerto Montt is positioned at the heart of Chile's Lake District, and all but surrounded by some of South America's most spectacular scenery, including the snow-covered peaks of the Andes, volcanoes and uncountable waterfalls. 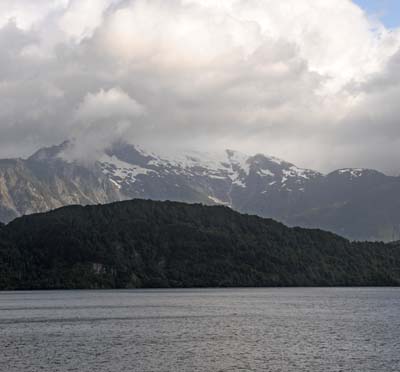 As we approached Puerto Montt the overall landscape changed dramatically. Gone were the brown, dry desert looks of northern Chile, as the snow-capped Andes were now in view. 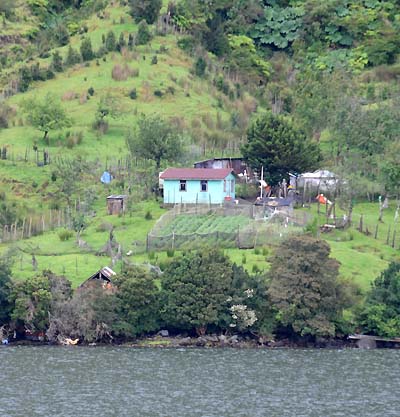 Hearty independent souls populate much of rural Chile. As an example, this tiny homestead was perched on the side of a steep mountain, and I saw no road in or out, just a path winding through the trees. In addition, there were no electrical wires. Holy isolation! 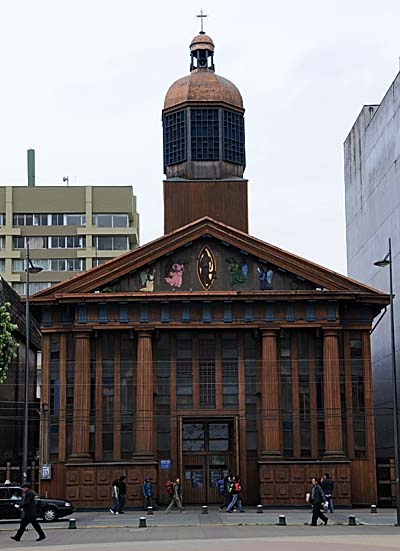 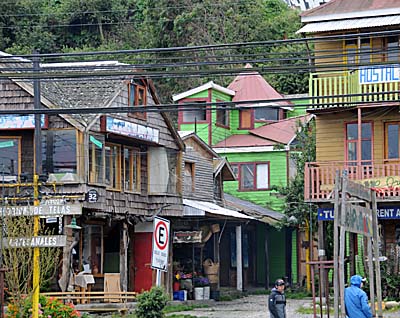 Colorful wooden building and houses are the hallmark of Puerto Montt, Chile. 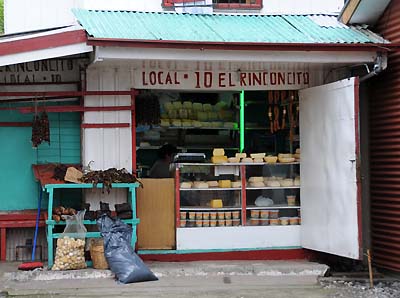 Chileans must love their cheese as it was sold everywhere across the city.

As far as I could tell the most popular products sold in this Puerto Montt street market were backpacks, ponchos, sunglasses and sweaters. 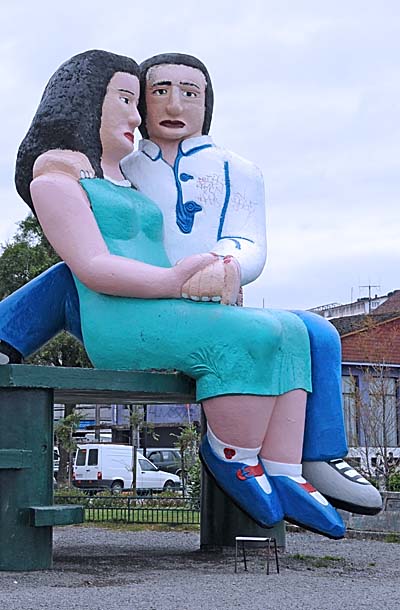 This 50-foot-high couple was the dominant feature of Puerto Montt's harbor. Its purpose remained a mystery to me, but locals (especially the young) loved to climb on and have their picture taken. 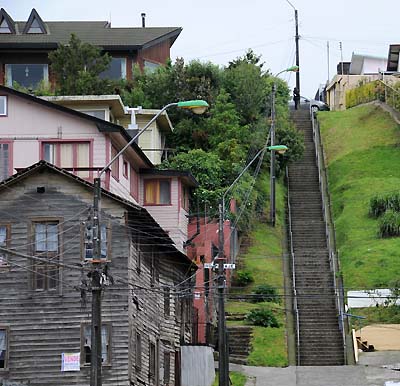 All coastal towns in Chile are hilly, and Puerto Montt was no exception. 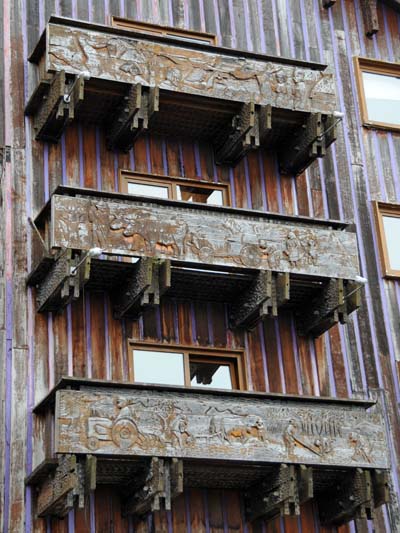 Many of the buildings in Puerto Montt reflect the German (Bavarian) heritage of the European colonists that first arrived here in the 1850s. 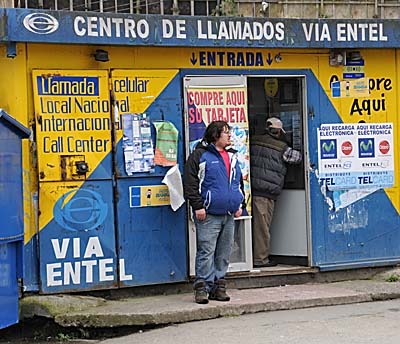 Across Chile, calling centers like this are quite common. For a few pesos a local or tourist can make domestic or international telephone call. 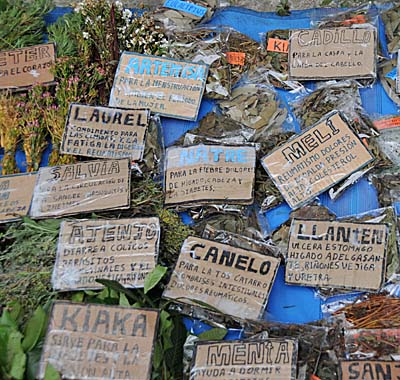 Street merchants sell anything here, including spices of all description. 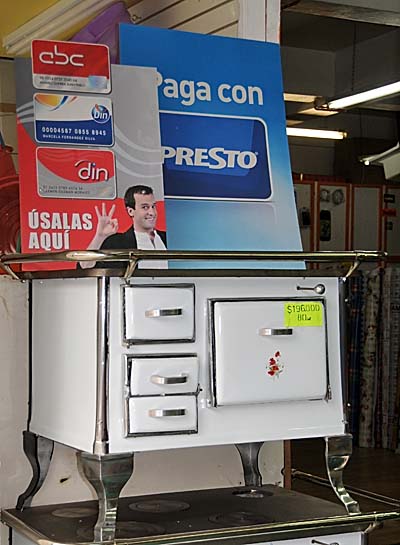 This store had dozens of these old-fashioned wood stoves for sale, but in a country where wood is as common as air, they make total sense. 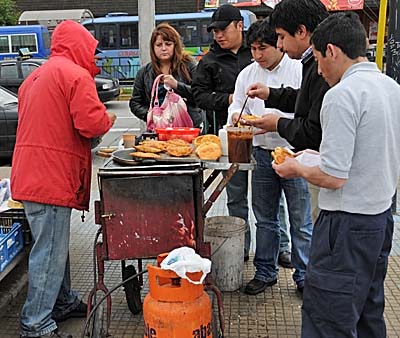 As a general rule I never eat local food on the street, however, this toasted fruit-filled pastry was irresistible and absolutely delicious. 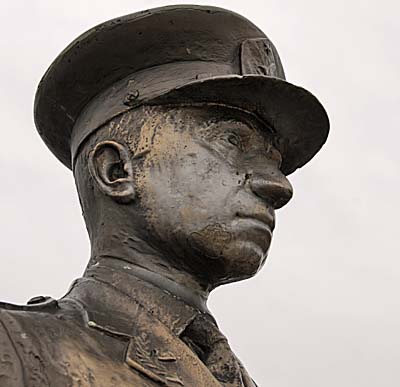 Statues of military heroes were placed along Puerto Montt's waterfront. I found this face to be the most interesting, and he looked very British to me.