Costa Rica's most important port, Puerto Limon, was founded in 1870 as a port city to export bananas and grains to various parts of the globe.

One of the oldest cities on the North American continent, it was established in 1502 when Christopher Columbus landed here during his exploration of the New World.

Located in Limon province along the Caribbean coast, Puerto Limon is the provincial capital of Limon and lies some 160 km east of the capital city of San Jose. 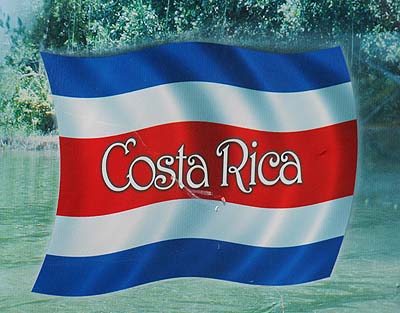 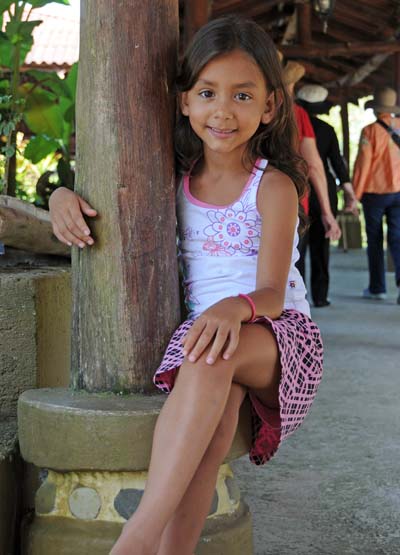 While in Puerto Limon we took a very interesting ecological river tour through a hot and steamy rainforest. When we returned to the dock the captain's daughter was waiting for her dad. Could she be any more perfect? 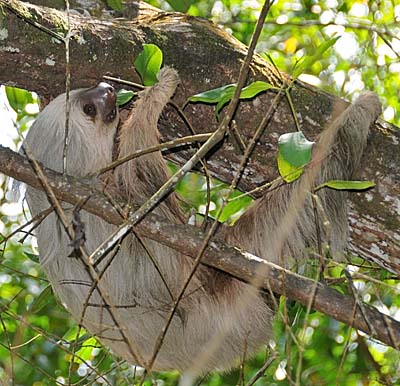 And speaking of the river tour, animals were everywhere. This tree sloth (one of dozens we saw) was casually hanging from a tree. 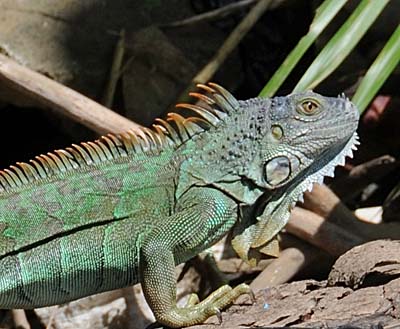 The river banks are home to iguanas of all description, and this green specimen was at least four feet long, tip to tip. 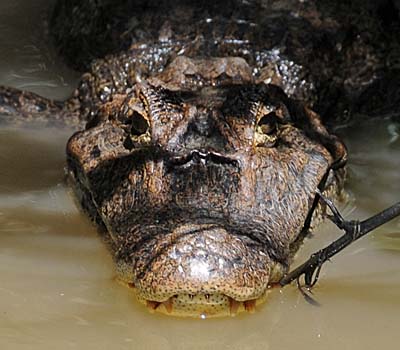 Of all the faces I photographed along the river, this one was the most intimidating. Note his teeth and his focus on the photographer. Yikes! 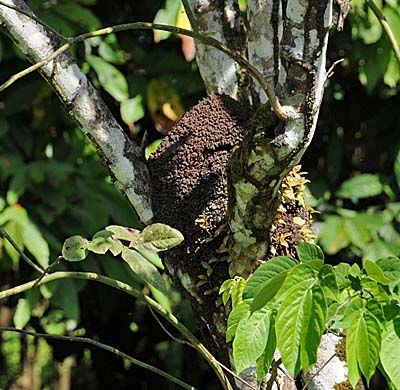 The rainforest was thick with trees and many had termite mounds like this. 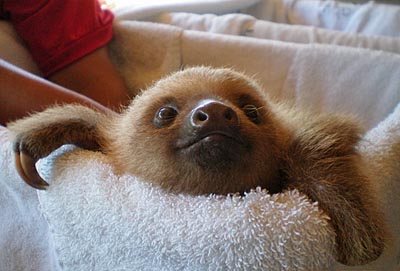 An adorable baby sloth being raised in a nearby wildlife center. 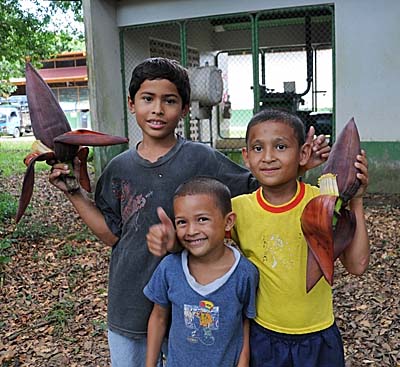 These boys (probably the children of Nicaraguan workers) were playing in a banana plantation. 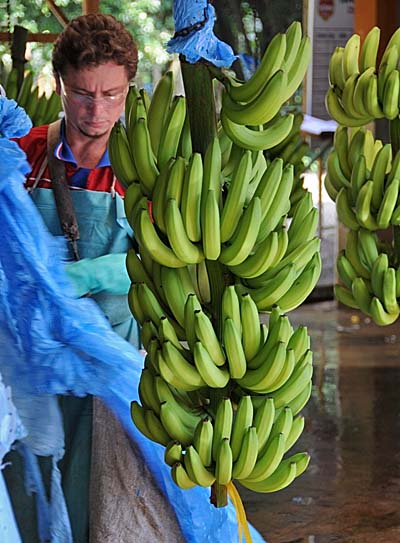 And speaking of bananas ......thousands of cases are exported each day from Costa Rica. This bunch was one of hundreds moving down an inspection line in a local banana plantation. The worker shown has just removed the protective blue bag that covers the bunch while it matures on the plant. 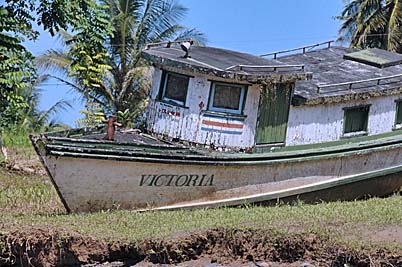 An abandoned boat along the river. 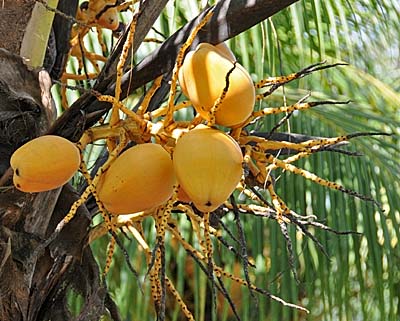 Yellow coconuts were common along the river. 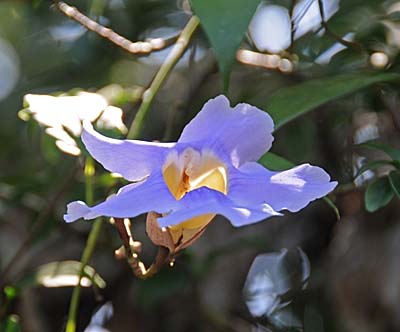 Flowers of all colors and size dominate the rainforest.