With a population of 700,000, Panama City is a melting pot of cultures from around the world, and Panama's largest city. 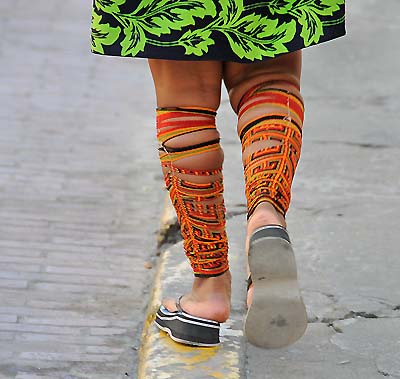 Panamanians are known for their love of bright colors in art and fabric. These leggings on a Kuna Indian woman walking along a street in Panama City's Old Town are a perfect example. 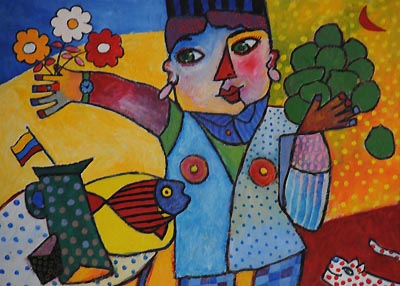 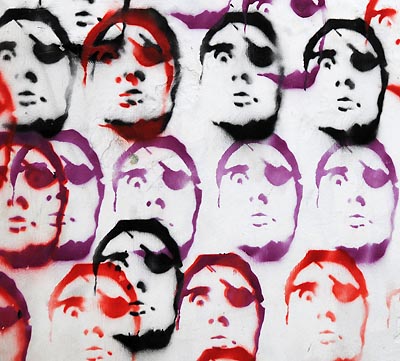 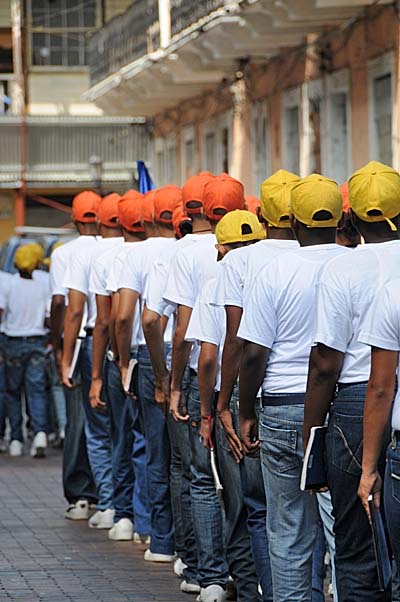 Panamanian school children participating in an orderly march to class 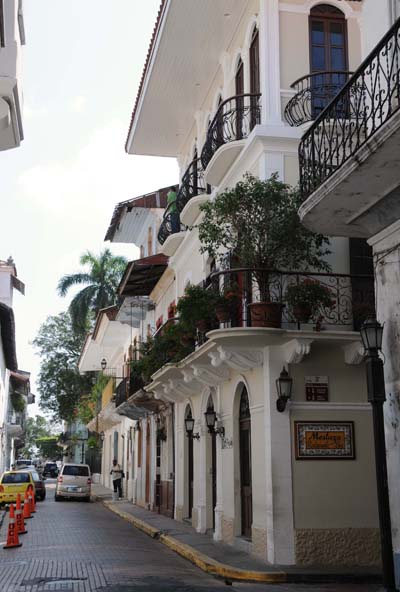 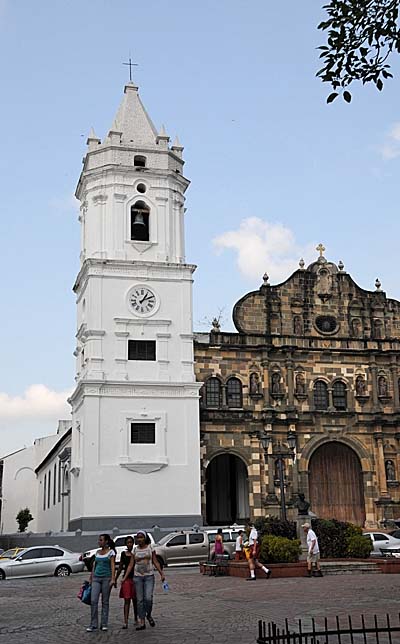 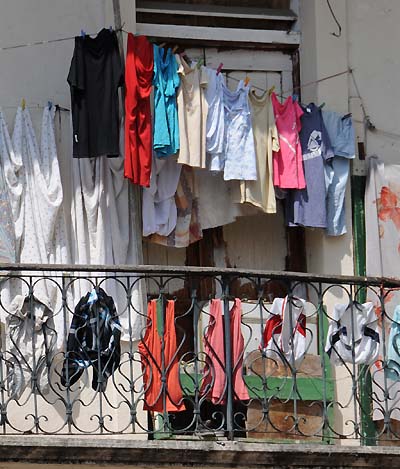 Clothes hung out to dry is a very common scene in Panama City's Old Town as the weather in warm and breezy throughout the year. 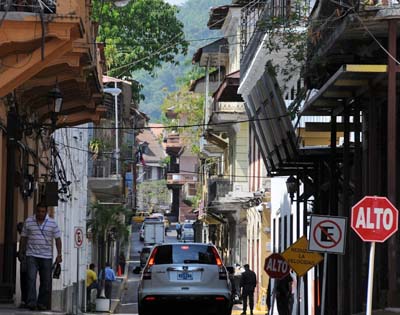 A typical side street in Panama City's Santa Ana region. 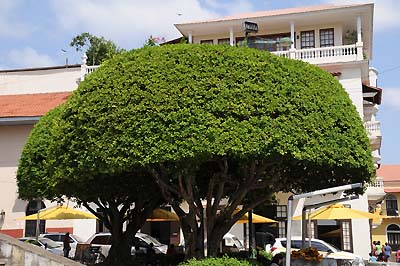 In an attractive city park in Panama City I found giant ficus trees gracing the landscape. With the temperature hovering above 90 degrees, these trees provide much-needed shade relief. 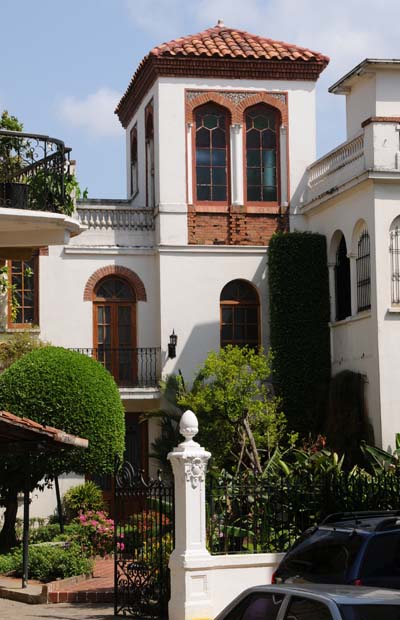 This inviting courtyard fronting a rather large home was located just a few blocks from Panama's Presidential Palace.