The idea of digging a passage across the Isthmus of Panama uniting the Atlantic and Pacific Oceans finally came to fruition when the Panama Canal was completed on August 15, 1914.

The French began this massive construction project and the United States finished the job. Total cost was $375 million, and nearly 25,000 people died during the effort.

The canal was managed by the United States until December 31, 1999, at which time (by treaty) is was taken over by the Panamanian government. 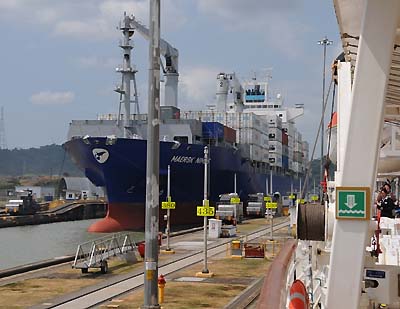 As the MS Prinsendam was slowing creeping through one of the locks along the canal (note the white colored ship with the green sign on the right - that's us) a large container ship began to inch its way through the canal. Did you know that the average price paid to Panama to transit the canal is $45,000. Sounds high, but it eliminates 20 additional days of travel around South America, a journey that can cost much, much more. 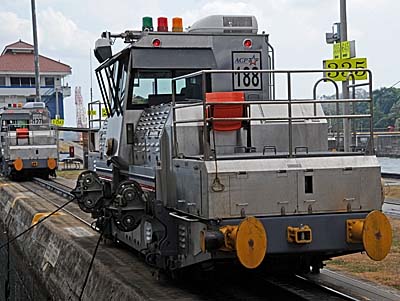 These electric locomotives (usually two on each side) are attached to each ship that passes through a lock. Their job is to keep them on a steady course which helps to prevent accidents that could damage the locks; accidents that could shut down this valuable passageway. 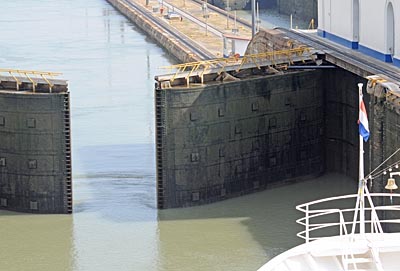 Within the locks of the Panama canal, once the water levels have equalized on both sides, massive gates open to let a ship pass through. 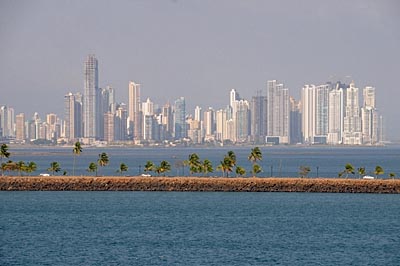 Upon exiting the canal, the skyline of Panama City comes into view. 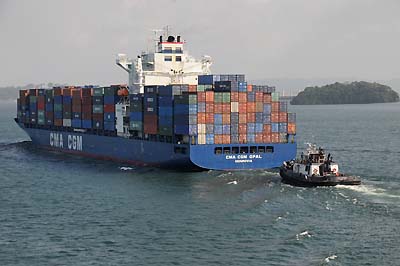 Each ship that transits the Panama Canal has its own tug boat, in the event its movement needs to be controlled. Some of the larger vessels need two. 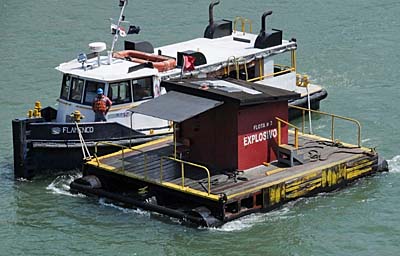 In this age of international terrorism I was quite surprised to see a small boat (marked explosives) being escorted through the canal. Turns out the explosives it carries are used in construction projects along the canal. 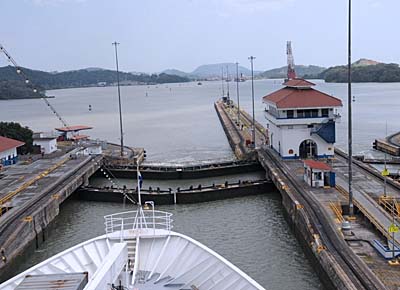 This is looking to the southwest as the MS Prinsendam is about to clear the Miraflores Locks in the Panama Canal. About 4 miles straight ahead, beyond the hills, the Pacific Ocean awaits. 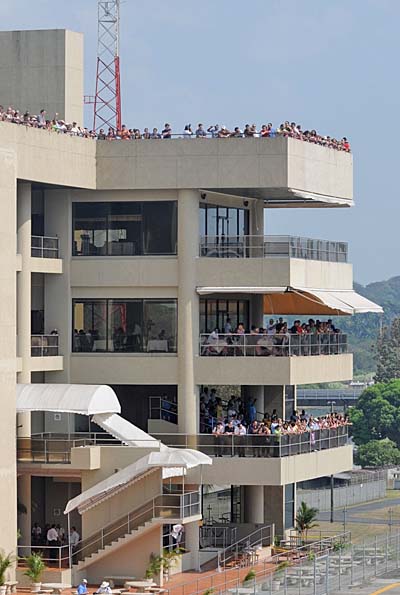 This is the Panama Canal visitor center, and on any given day hundreds of tourists and locals come here to watch massive ships move through the canal.