Manta, with a metro population of nearly 400,000, is the fourth largest city in Ecuador and one of its largest and most important ports.

This tourist mecca is famous for pristine beaches, sea food restaurants and Panama hats. Yes, Manta is the birthplace of the Panama hat, and they're sold all over the city.

The fishing industry is a very significant business here, and it's especially profitable for those boats searching for and catching the Pacific Ocean tuna. 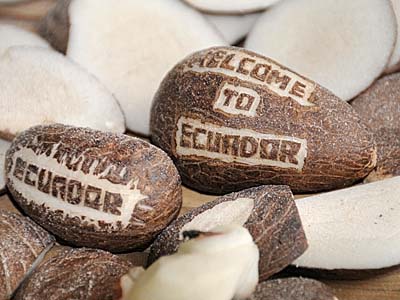 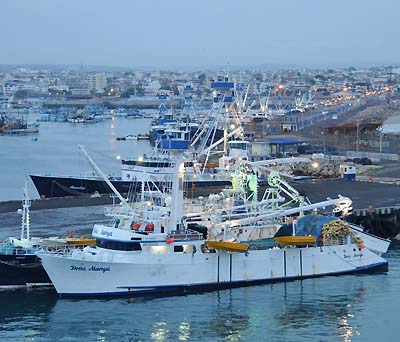 It's early morning in Manta, Ecuador and the tuna fishing fleet is just coming to life. By mid-morning, dozens and dozens of boats will prowl the Pacific Ocean trying to catch the frequently elusive tuna. 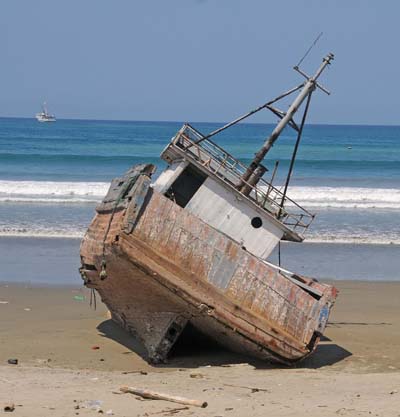 Boats of all description are refurbished along Manta's waterfront. This little craft was one of many waiting to be brought back to life by a local shipyard. 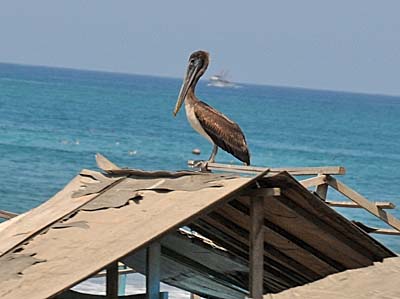 Brown pelicans were everywhere in Manta, and this one was perched atop an abandoned building along the Pacific Ocean waterfront. 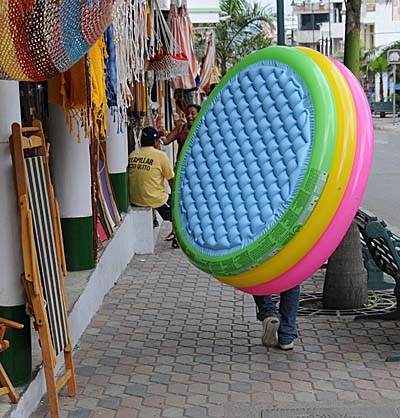 A shopper carrying his purchase home. With Manta very near the equator, the temperatures here are warm throughout the year and a backyard pool will come in handy for the entire family. 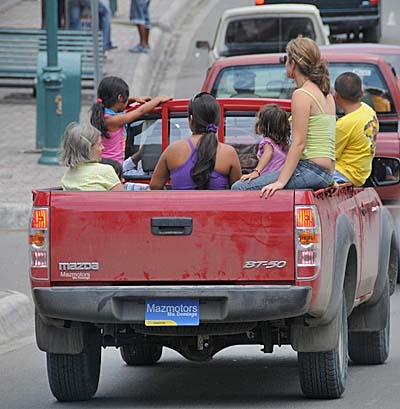 While touring Manta and the nearby areas I noticed the many pickup trucks were used to transport the entire family. This dangerous practice is forbidden by law in Ecuador, but apparently it's simply ignored. 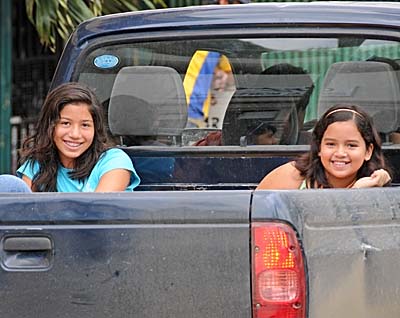 Smiling faces are common in Ecuador. It reminded me of Bali. 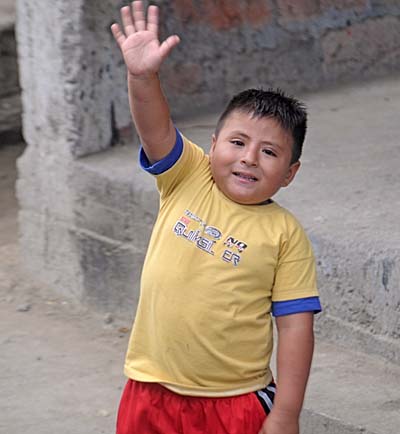 While riding a local bus back to the port, this little guy spotted my camera and he literally ran down the street to have his photo taken. 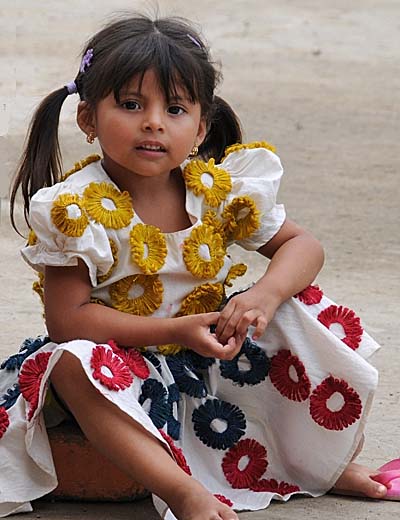 On the corner near a church in Montecristi (a suburb of Manta) I spotted this charming little girl with her Sunday-best dress on. 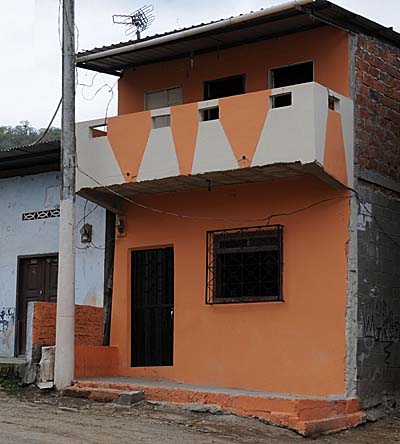 In the neighborhoods that surround Manta, this simple home was somewhat typical. Although the buildings are basic in design and rather small, some are proudly decorated in very bright colors. 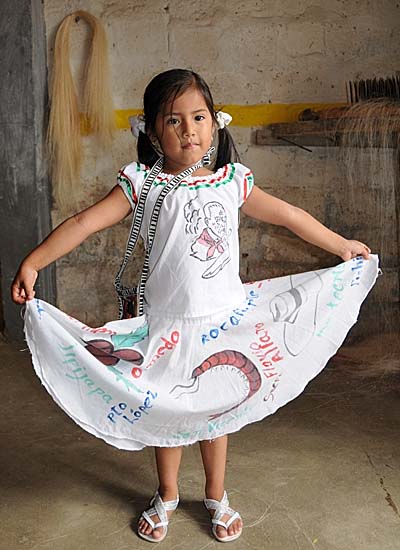 The owners of a local shop encouraged their daughter to show off her Sunday dress, and she was very willing to do so. 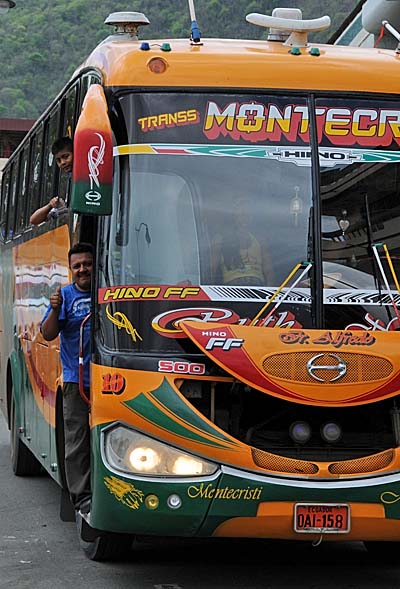 I was standing in the street trying to take a photo of a colorful local bus. The bus stopped, the driver moved to the door and gave me the thumbs up sign. Apparently he wanted his photo taken. so I was happy to comply. 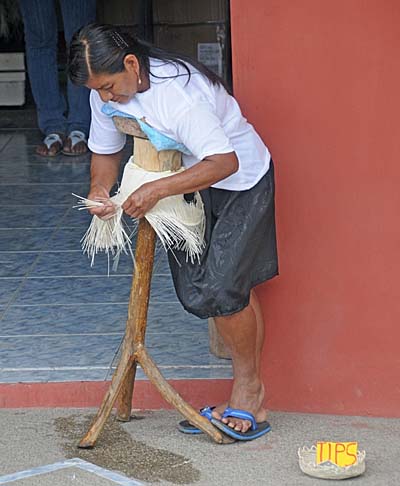 Almost everywhere you look in Manta someone is crafting a Panama hat. This women was doing it on the street for a local store, and doing it for tips.