Positioned some 500 miles northeast of Cape Horn in the South Atlantic Ocean, the Falkland Islands are a self-governing territory of the United Kingdom (UK), and referred to as the Falkland Islands throughout the UK. Spanish speaking countries of South America refer to them as (Islas Malvinas)

The current population (about 3,000) is mostly of British descent. About 1,800 live in and around Stanley, the capital city. While the remaining hardy (some say fortunate) souls live on picturesque family farms that dot the rural areas and outer islands. In addition, some 500,000 sheep, 350,000 penguins, thousands of geese and assorted seals consider it home.

The economy here was once based on the raising of sheep for wool, but as that market declined worldwide, offshore fishing, oil exploration and tourism are now the major factors in its economy, and have helped improve the overall standard of living.

As the British presence in the Falklands was reduced in the late 1970s, the Argentina military saw an opportunity, and subsequently invaded the islands on April 2, 1982. The British responded with an expeditionary force that landed seven weeks later and after fierce fighting forced Argentina to surrender on June 14, 1982.

Argentina, which has historically claimed the islands, agreed in 1995 to no longer seek them by military force, and even today, the UK firmly rejects Argentina's continuing requests for sovereignty talks. Recently, the desire by a British company to drill for oil offshore has upset the Argentine government once again. 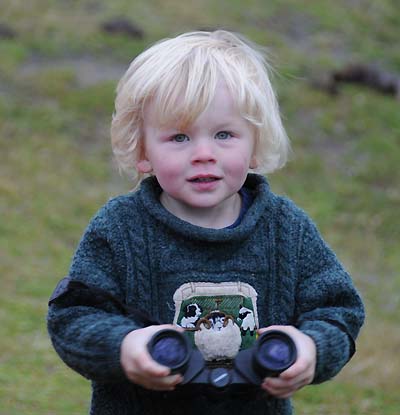 Residents of the Falkland Islands are a proud and rugged bunch, and this little guy (with hair to die for) reflects that heritage. 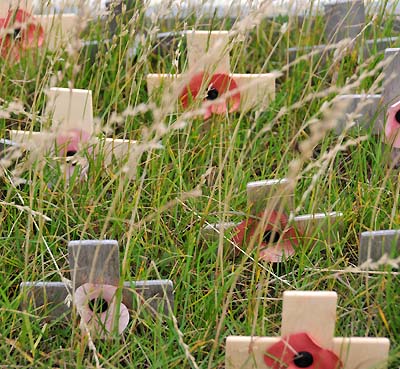 During the infamous weeks-long Falklands War between Argentina and Great Britain, Stanley was occupied by Argentine troops. In the end the Argentines surrendered to the powerful British military, but not before nearly 300 Brit's were killed. The impressive memorial to that war stands tall in the center of Stanley. I was especially struck by the miniature crosses honoring the dead that were placed in the grass at the base of that monument by local children. 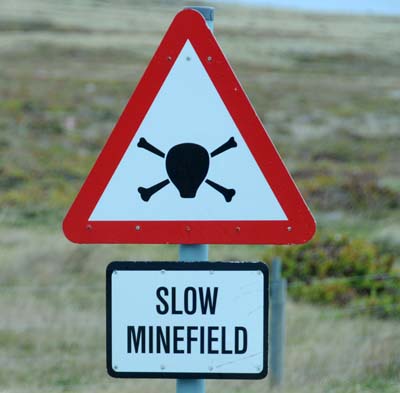 The land around Stanley was heavily mined by the Argentines during the war. Nearly 30 years later crews are still searching the minefields for potentially deadly explosives. 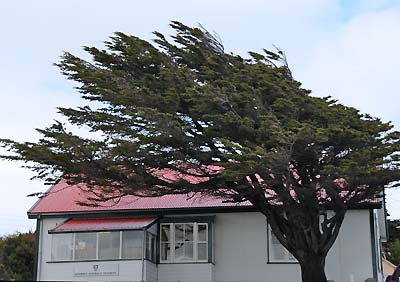 The wind blows hard in the Falklands, and outside of Stanley hardly a tree stands. Even this one (in Stanley) reflects nature's fury. 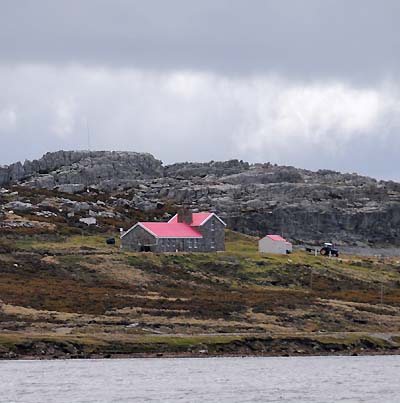 This family farm is so typical of the Falkland's rural landscape. Note the brick buildings, brightly colored roofs and lack of trees. 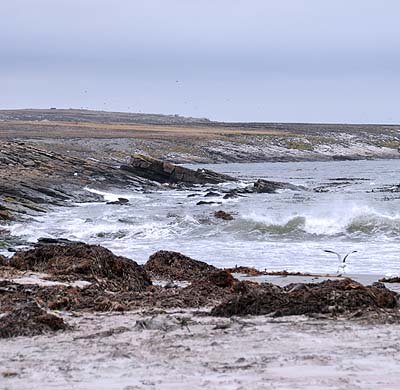 The rocky and windy coastline that encompasses all of the Falkland Islands. 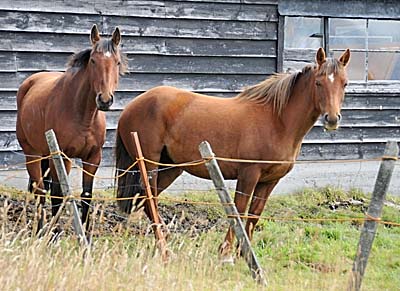 These two handsome horses stood near a weathered barn in rural Stanley. 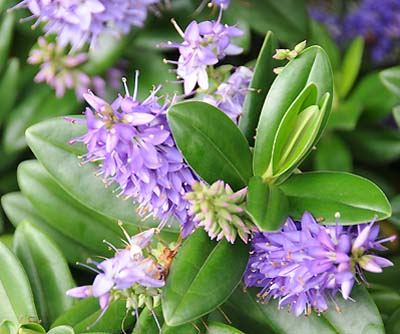 Rain is a daily occurrence in the Falkland Islands, and all of the flowers looked happy and healthy. 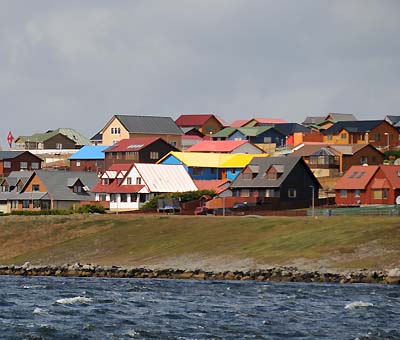 A few of the waterfront homes along the edge of Stanley harbor. Colorful roofs are the signature style. 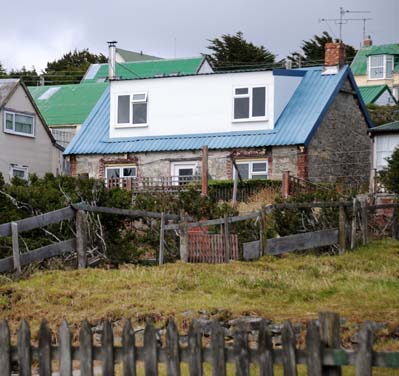 This comfortable bungalow is very representative of the housing in Stanley. 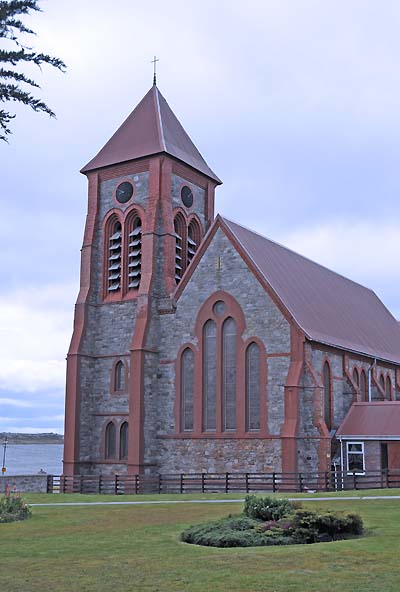 Christ Church Cathedral is the most southerly cathedral on our planet. Built completely of stone, it's an impressive structure, both in and out.

The Penguin News is the Falkland's local newspaper. It comes out every Friday and contains some international news, but mostly the focus is on local business and gossip; heavy on the gossip. 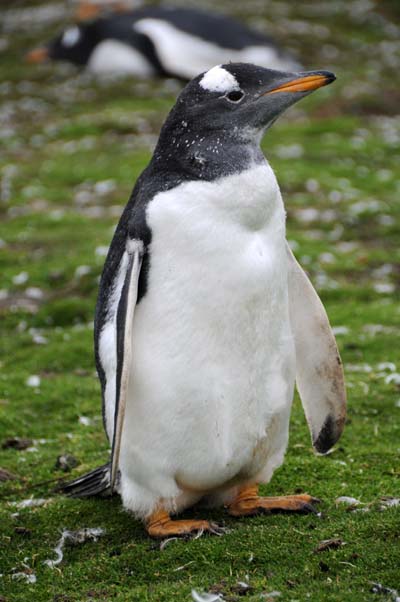 Obviously, when your newspaper is named the Penguin News, there must be penguins in the area. Well, the Falklands are home to numerous penguin species, including the Gentoo (above) King, Magellanic and Rockhopper. Gentoo Photo Page. 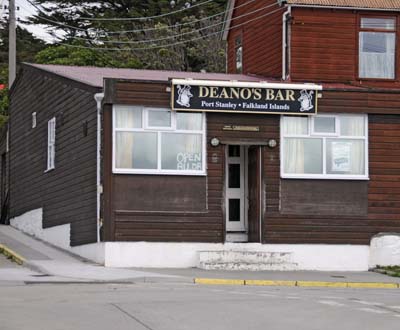 Yes, the bar was open, and yes, they served Guinness and Fish and Chips, and yes, I went in, and yes, I left with a smile on my face. 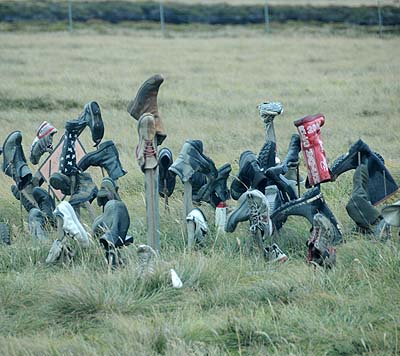 This is called "Boot Hill." It's located a few miles outside of Stanley. We were told that a Falkland man (one with an extra boot) placed it on a stake atop a rural hill. Over the years, many of the locals have followed his lead.