Located at the southernmost tip of South America, Cape Horn is known as one of the most dangerous shipping lanes on the planet. This violent stretch of chaotic water between Antarctica and South America, one frequented by icebergs, huge waves and plagued by gale-force winds, is crossed by all sailors with great trepidation. Many still prefer to use the still dangerous, but more sheltered Strait of Magellan.

Winds speeds of over 100mph are common here, and rogue waves can reach enormous size, with a few recorded at over 120 ft.

In 2008, the ship we are on...the MS Prinsendam, was severely damaged by two of those rogue waves. According to sources we've spoken to on board, both of the waves reached the bridge and they busted out many windows throughout the ship. The MS Prinsendam survived, and after significant repairs in Ushuaia, Argentina it continued on its round-the-world journey. 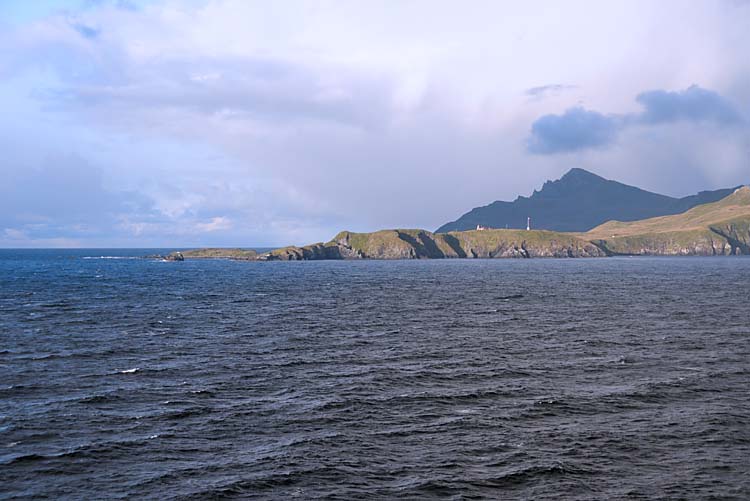 On an absolutely glorious day, the MS Prinsendam sailed past Islas Hornos, a small group of islands that are the last point of land on our journey to Antarctica. This last extension of land (center left) is actually know as Cape Horn. To the northwest is the Pacific Ocean, to the southeast is the Atlantic Ocean, and flowing between them is the Drake Passage.

The ship's Captain said is was the best weather he'd ever seen in these waters, and quipped that it could be the best conditions he's heard of for sailing through the Drake Passage. What a break to have relatively calm seas and a temperature near 30 degrees.

If you look closely you can spot the Cape Horn lighthouse and monument at the top of the hill. 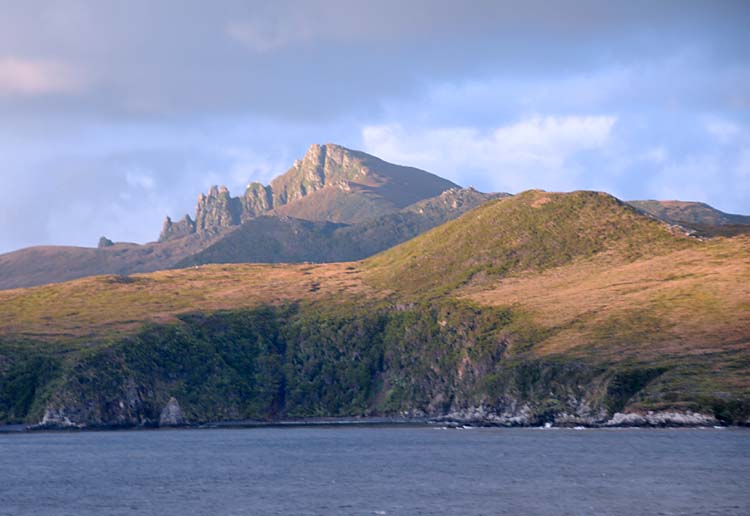 This is closer look at the toothy-edged mountain that stands just beyond Cape Horn.