This sleepy village in the Amazon Basin is home to about 120 hearty souls. Their livelihood revolves around the Amazon River and the few cruise ships that stop here on their way to Manaus, further down the river.

When we visited, nearly 300 people crowded the village as news of a cruise ship stopping brought many families from nearby villages. It's a financial boom for the village as they sell souvenirs to the tourists and the kids all manage to seduce a few dollars (or more) from the willing passengers. 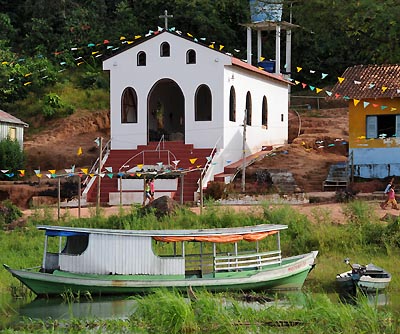 As we approached Boca da Valeria, this is a shot of the village church. 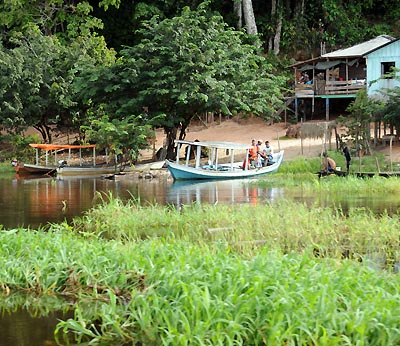 The village was charming and its waterfront was very picturesque. 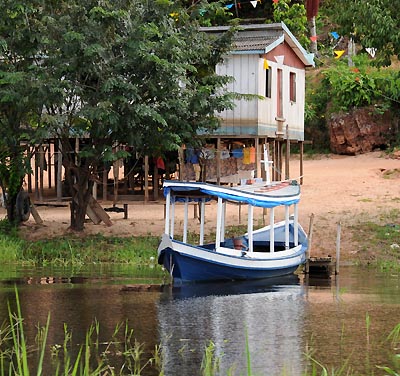 No roads here, so boats are the only method of transportation, or walking. 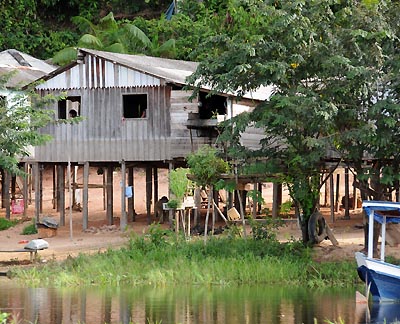 A few dozens houses graced the waterfront, and this one was typical. 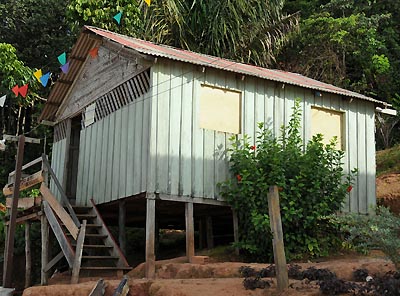 This small house was surprisingly for sale, but I could not determine the price. 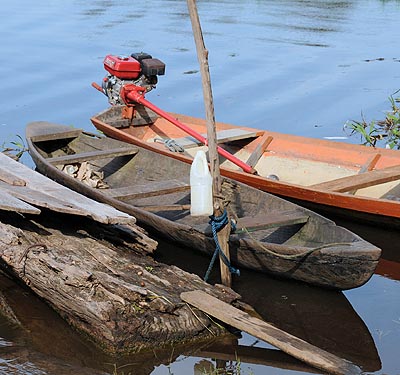 Most of the village boats were small, a few had outboard motors 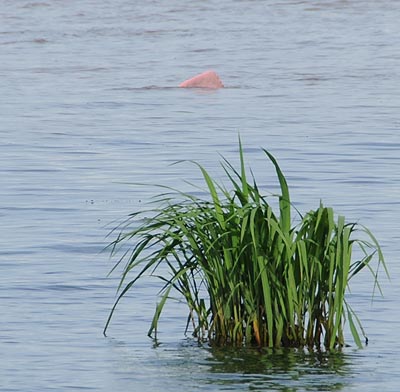 Pink river dolphins are very rare, very intelligent, and they inhabit this part of the Amazon River. On average, they're about 8 feet long and weigh 200 pounds. I saw a small group of them about 100 feet from shore, but all I got were pictures of their dorsal fins. Actually, upon further research, they have no dorsal fin, but rather a hump of sorts on their back. These dolphins are seldom seen by visitors so it was a treat to spot them. 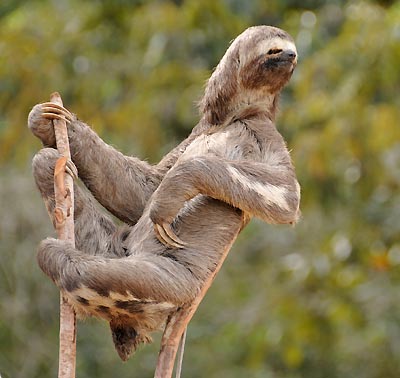 'Attention all visitors to the Amazon Jungle. Please take note, as I am known as the fearless "Super Sloth." 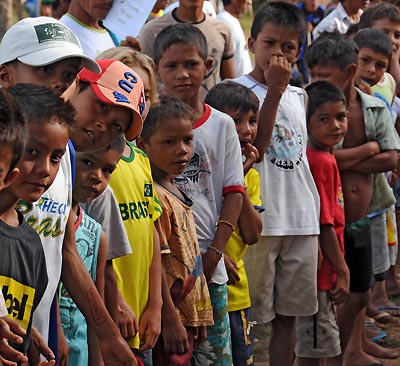 When we docked, the pathway to the village was lined by young boys, and all seemed quite curious. The boys all wore t-shirts, shorts and flipflops. 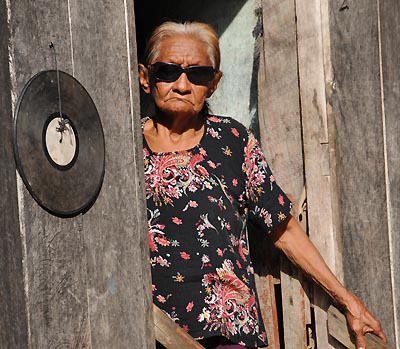 "So stranger, let me get this straight. You think you're going to just wander in and take pictures of my grandchildren? Well, think again." 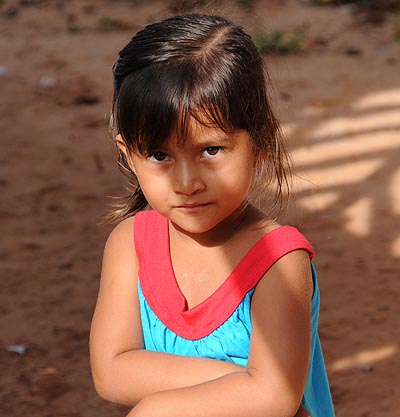 "Ok then, who are you and what do you want?" 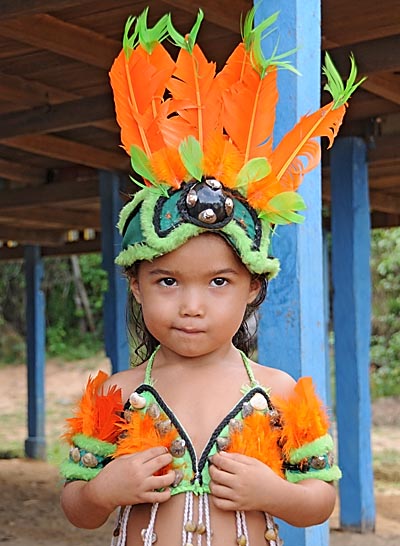 "Ok, I am all dressed up and ready for a picture, but I am still a bit skeptical of you and your camera." 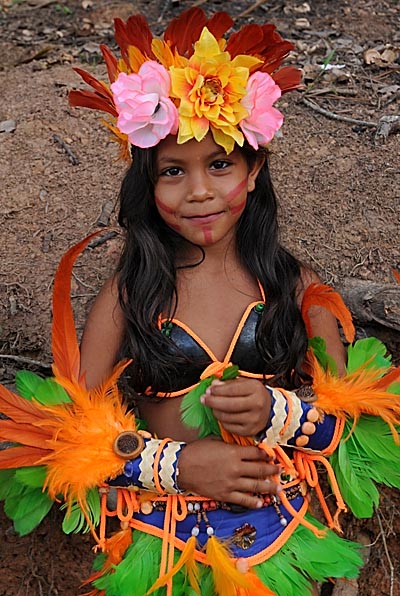 This young girl was simply stunning, and pretty as a picture. 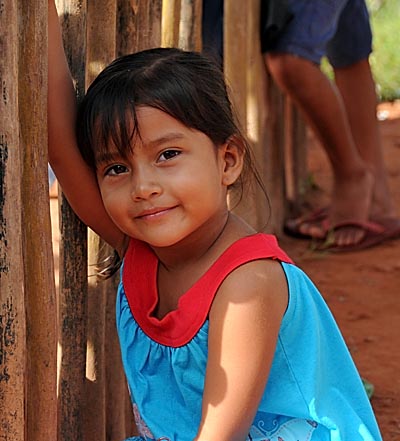 This was one of the few village girls not wearing a costume, and when she saw my camera she all but posed, just like a professional model. 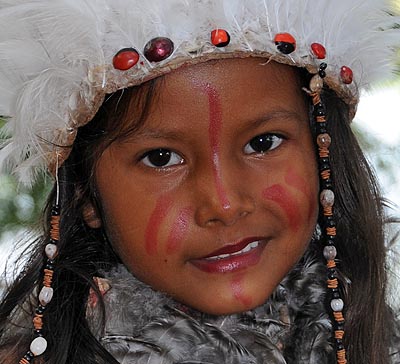 A closeup shot of a very pretty face.