The Amazon River and its basin are the source of nearly one fifth of the world's fresh water supply. Within that basin and the surrounding rainforest lives the planet's most diverse array of birds and freshwater fish.

Over 10 million people live along the Amazon River's edge in major cities, small towns, tiny villages and in the thousands of independent shacks and stilt houses that cover the winding shoreline.

On this page I've posted a series of photos that don't really belong to any one city or stop along the river, and along my Amazon River journey, more will be added. 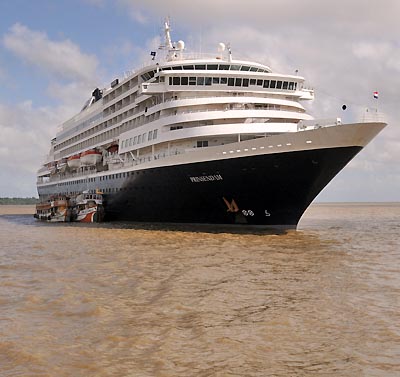 This is a shot of the MS Prinsendam at anchor in the muddy Amazon River. Note the two double deck tenders near the ship. These large capacity boats transfer about 150 passengers at one time. The Amazon is shallow and tricky to navigate in most areas, so local flat bottom boats are used, and not the ship's own tenders. 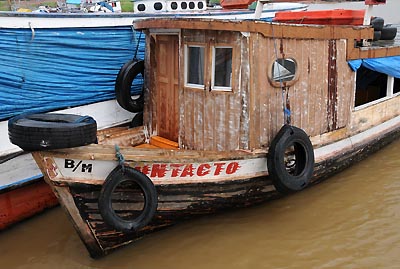 Along the edge of the river, ferries of all sizes are used to transport people to the other side, or up or down the Amazon. This one had so much charisma, a photo was needed 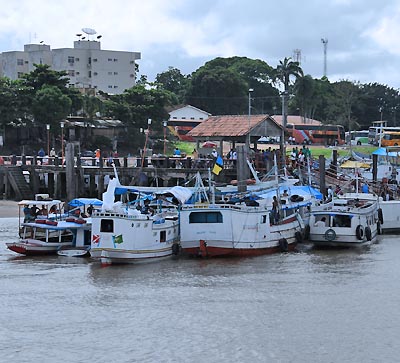 Another example of river ferries attached to a dock along the river. Note the dozens of people on the dock waiting to board their boat of choice. 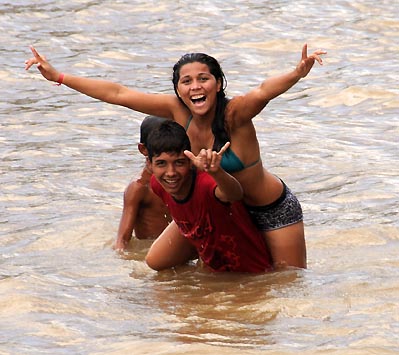 Everywhere I've been in South America the children seem happy and full of life. This trio was swimming in the muddy (or dirty) Amazon and they loved having their picture taken. 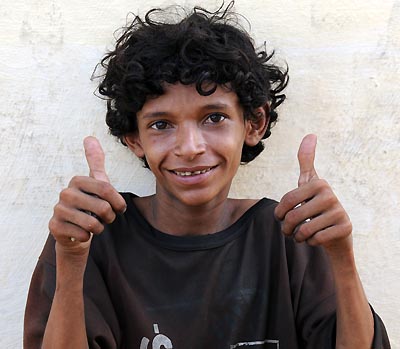 This handsome lad sat on the dock at one of our stops. He looked hungry, and after a few Brazilian Reals were put in his pocket, he smiled from ear-to-ear. 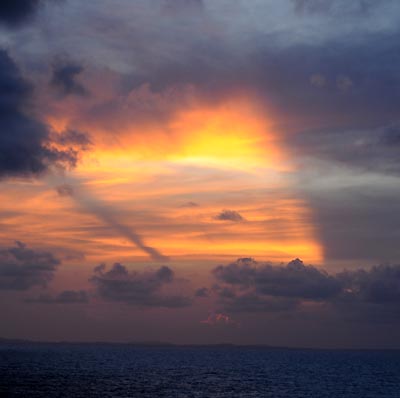