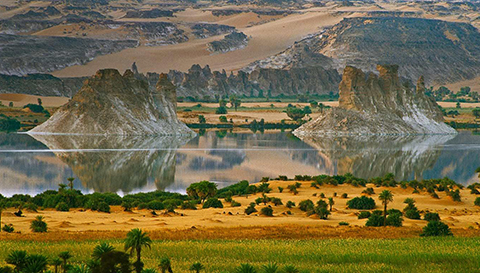 The people of Chad are referred to as Chadians.

A former French colony, Chad has been independent since 1960. For a period in the 1970 & 1980s, Libya invaded the Northern portion of Chad, supporting rebels and hoping to install a new government.