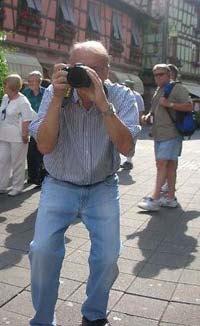 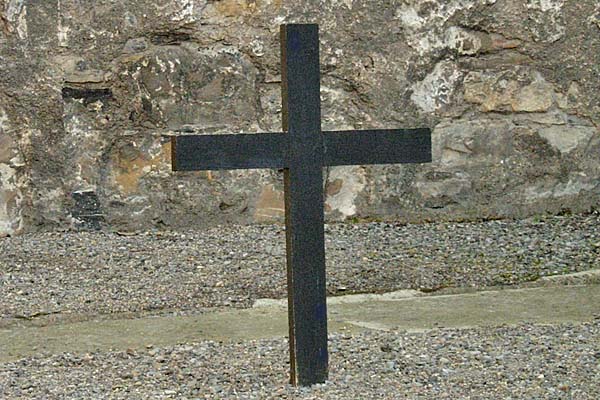 After the events of Ireland's Easter Sunday, 1916, the nationalist leaders that supported an independent Irish Republic were all quickly court-martialed, then brutally shot (executed) at Dublin's Kilmainham Gaol (prison) by the British. Within that prison's central courtyard (marked by a cross shown above) bravely stood the Irish heros, Eamonn Ceannt, Tom Clarke, Cornelius Colbert, James Connolly, Edward Daly, Sean Mac Diarmada, Sean J. Heuston, Michael Mallin, Major John McBride, Thomas McDonough, Michael O'Hanrahan, Patrick Pearse, William Pearse and Joseph Plunkett. All were marched (blindfolded) into this prison courtyard, then executed at point-blank range by British solders. James Connolly was so badly injured in previous fighting that he could not stand, so he was placed in a chair, and then shot. Thomas Kent was later shot in Cork, Ireland, and Roger Casemen was hanged in London, England.