Amid mass protests against government corruption and increased fuel prices, the Iranian government has cut off internet access for most of its citizens.

The Iranian government has cut off internet access for its citizens in an effort to curb protests that are occurring over dissatisfaction with the country's leadership.

Twitter account InternetIntelligence, which is run by database management company Oracle, first spoke of the shutdown on November 17. They stated that on November 16 at 16:45 UTC, the internet had already been offline for the majority of the country's 81 million people for 16 hours. As of the 19th of November, there have been no signs of restoration.

Why are Iranians Unhappy With The Government?

Reports out of Iran have shown citizens setting fire to public buildings, such as banks and gas stations. This reaction followed a government announcement of increased fuel prices. However, this is not the only thing that has residents on edge.

The economic situation in Iran is currently dire. Contributing to this are sanctions placed upon the country by US president Donald Trump, which locals are warning has led to a shortage in basic necessities such as medicine and food.

The last straw for the local population seems to have been the announcement of a fuel price increase, which could see Iranians paying up to 300% more at the pumps. The government is insisting that the extra money will go to help struggling families in needs, but many in the country are skeptical of the government, which many perceive as corrupt.

What is Happening With the Protest?

Unfortunately, the protests in Iran have already turned deadly, with reports of at least 11 protestors losing their lives. However, other outlets such as Amnesty International is stating that there have been at least 106 casualties.

Unlike the other protests that have happened in Iran in recent years, the 2019 protests are notable for involving middle-class Iranians. The most active protests are happening in the country's Khuzestan province.

It has been theorized that the strategy behind the internet shutdown has been to prevent assembly organization through social media. However, citizens are finding other ways to spread the word, and the protests show no signs of shutting down.

Year of Protests Has Officials Nervous 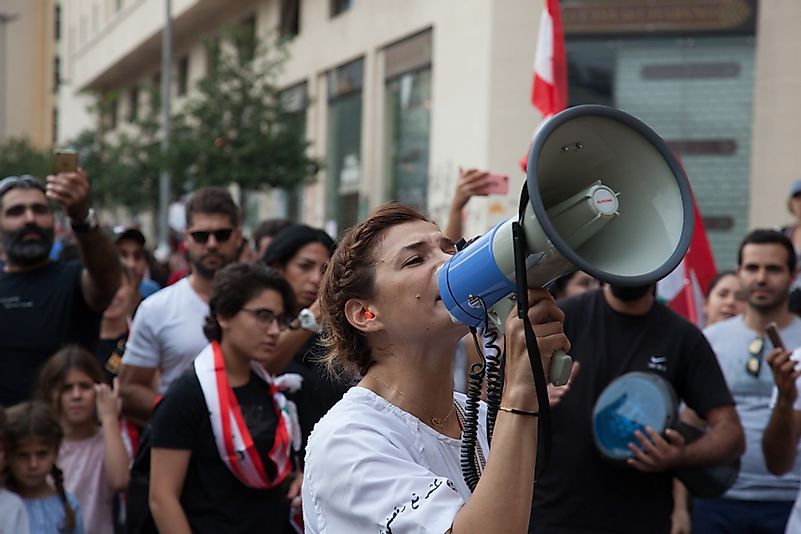 In 2019, the world has seen many civilians taking to the city streets of their government to express their grievances, a move that has many governments around the world anticipating a similar outcome. In Hong Kong, protesters have been active since at least June, fighting for a list of demands that include the rejection of a bill that would allow citizen extradition to China. In Chile, protestors have express their discontentment with an increased cost of living and growing inequality. In Lebanon, economic crisis has sent many protestors into the streets, leading to one of the most active protests in the country's history.