The following is an account of life in Yogyakarta, Indonesia. Yogyakarta is a city of around half a million on the island of Java.

This is part of our "Day in the Life" series, where we ask writers to share with us what a typical day looks like for them.

Since it’s Ramadhan and most people in Indonesia are Muslims, the mosque does a great job in waking people up for Suhoor. You can find people cooking as early as 2 a.m. but suhoor ends at around 4.30 a.m. in Yogyakarta. It’s different for each location though so there are special calendars for Ramadhan to help people keep track of this. 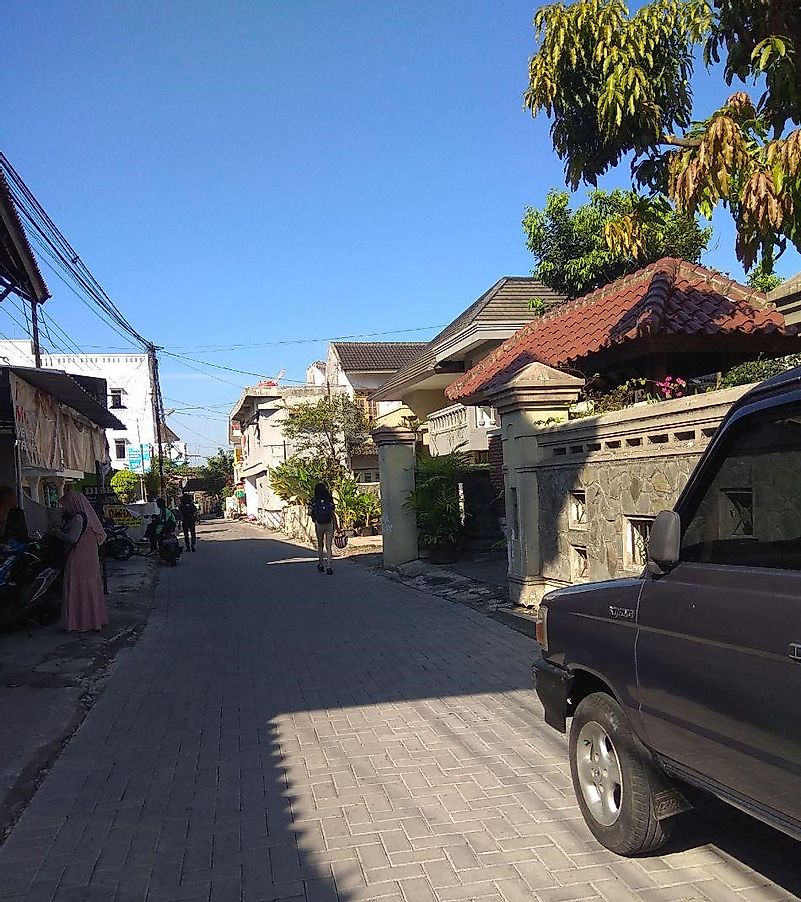 In a college residential area like mine, people flock the food stalls at this hour. But since I’m too lazy to go out and join the wave, I feed my two (very enthusiastic) cats and eat the food I prepared the night before. I’m not fasting but most restaurants change their schedules on Ramadhan so it’s better to go with the flow.

After finishing my food, I unleash the beasts outside to play and I do a quick workout before hopping into the shower. The cold water jolts my brain awake as I recount my schedule for today. A cup of tea later, I sit down at my desk to look over my to-do list. I’m still not in the mood to do something productive so I scroll through various social media as I wait for the sun to show itself

Multiple YouTube videos later, I get up to prepare my laptop and books. I also fill up the cats’ food bowls since I won’t be home at lunch. I borrowed a friend’s motorcycle since my bag is too heavy to carry today. My place is pretty close to my campus so I usually walk or use an online transport service. Sometimes I use buses if I need to go somewhere far since buses are a cheaper option if that’s the case. Buses are actually always cheaper but the route it takes make it inconvenient for me since I still have to walk for a couple of hundred meters to my campus from the bus stop.

Despite the early hour, there are already quite a lot of people out and about. Some are college students or workers avoiding rush hour, some are doing various errands. The morning markets are a lot busier than this, though. There are a lot of traditional markets in the morning. It varies from market to market but usually, they operate at around 2 a.m. to 6.30 a.m., when the morning rush starts. 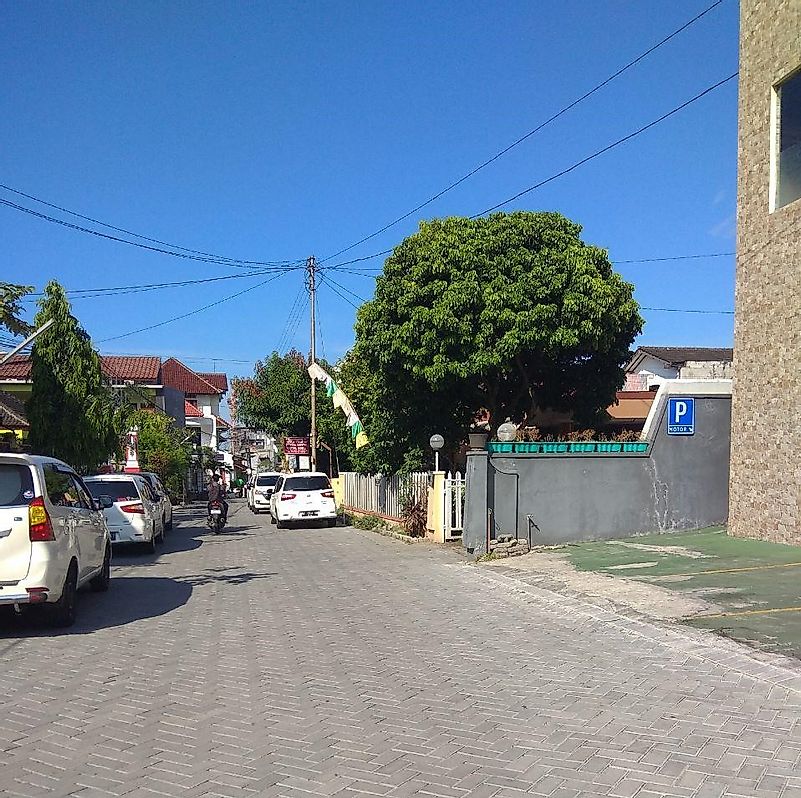 I settle down at the library to work on my presentation. Some of the students don’t have anything better to do after suhoor so they come in early. Morning classes usually start at 7 a.m. but during Ramadhan, most of them start at 7.30 a.m.

I head to the laboratory to meet with my group. It’s noisy since practical classes have already started. A couple of my teammates are running a little late so I decide to open up my laptop and add more to my presentation.

We power through our meeting past lunch time. A small mosque behind the building broadcasts adhan, which is a call to prayer for Muslims, and we stop for a while to listen. During normal days, the lunch break is used to pray and eat but since we’re not eating right now, we continue the meeting so everyone can go home as soon as possible.

The meeting ended and all of us go home except for our group leader, who stays to work on another project. He’s not Muslim so he brings his lunch from home since the cafeteria is not open on Ramadhan. On the way home, I drop by a Gudeg restaurant for lunch. Most open restaurants close their doors halfway, and some use curtains to cover their restaurant. It’s required by the government and it’s considered impolite to eat or drink in front of someone who’s fasting. Since it’s uncomfortable to eat in front of someone who can’t, I decide to eat at home.

I arrive home to see the cats waiting in front of my door even though I left the window open. I eat my Gudeg while they run around inside and outside my room. 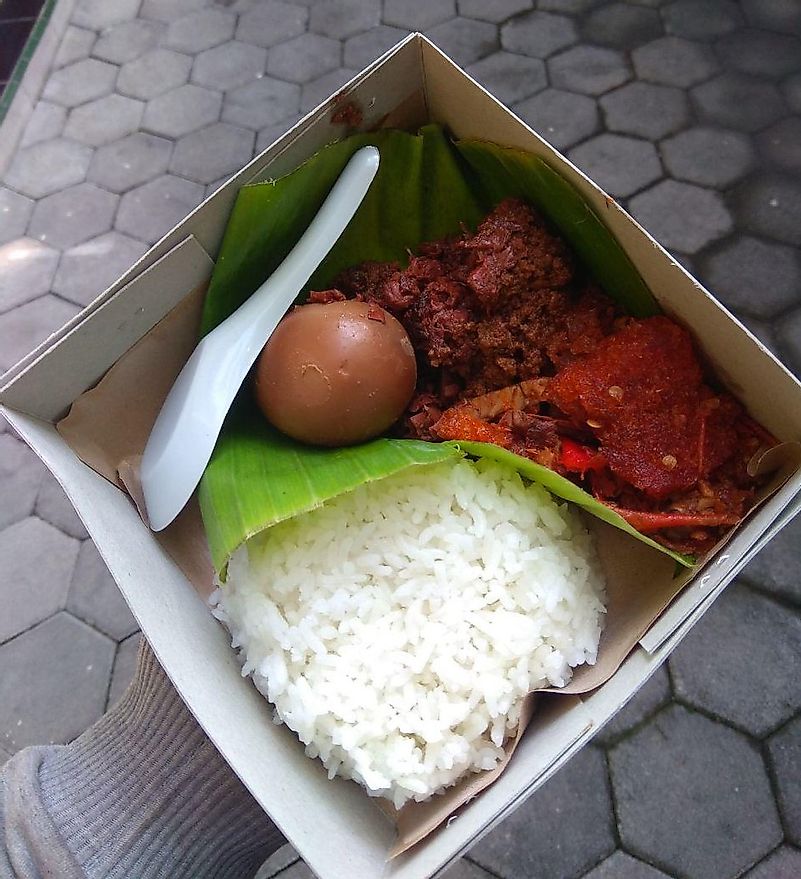 Gudeg is a traditional dish made of unripe jack fruit. It usually tastes a little spicy, but I find people in Yogyakarta like their food more on the sweet side. Aside from the gudeg, there are also rice, krechek, and a brown egg. Krechek is more or less a cracker made of cattle skin soaked in a spicy soup. It’s spicier than the gudeg. The brown egg can also be substituted with chicken, chicken feet, or any other food you want. It’s part of a recipe called pindang, it makes the egg chewy and sweet. There are a lot of gudeg restaurants in Yogyakarta. Aside from restaurants, there are also some very popular gudeg stalls that open around 10 p.m. These stalls are also very popular since they sell spicy gudeg, which a lot of people love.

I didn’t get much sleep the night before, so I decide to nap for a while.

The mosques near my room woke me up with the third call to prayer of the day. This means it’s almost time for breakfast. After streaming some random TV shows for a bit, I turn on my air conditioner since it’s somehow still very hot outside.

There are two seasons in Indonesia: rainy and dry. Most of the year, it’s dry but right now we’re transitioning from rainy to dry which is why the weather isn’t predictable. It’s always cloudy but it never rains. The rainy season just passed so that’s a relief to my laundry budget. In rainy seasons, my "nice" clothes and shoes run out quickly so it’s important to find a laundry who can wash it within one day. As you expect from an express service, it’s about twice the price of normal laundry service.

I order some food since it’s going to be very crowded from 5 p.m. on. On the early days of Ramadhan, people like to break their fast together. Sometimes they hang out before Maghrib, the night prayer, which we call "ngabuburit". It gets hard to find a place to get dinner on Ramadhan. I’m sure everywhere is either crowded or not open yet right now so I order some fast food which I’m sure will be open. Once my food arrives, I head to the local park to do some exercises. Two to three times a week, I jog at a local park. There are not a lot of parks in Yogyakarta, which is unfortunate but since I live near one, that’s good enough for me. 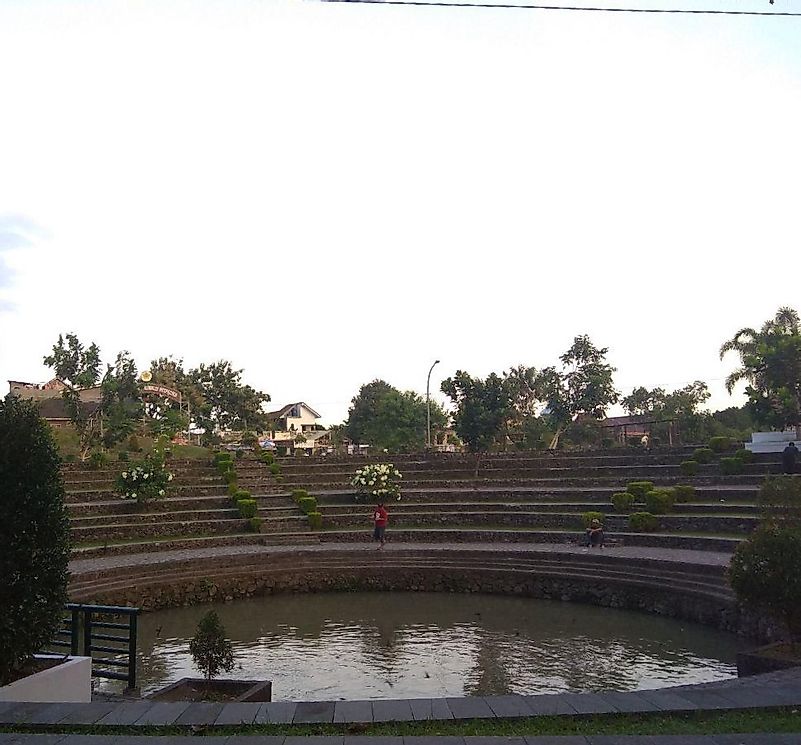 I took a shower to refresh myself and change into my indoor clothes. People are starting to go out to look for food or cook in the kitchen. Meanwhile, I take out my laptop and spend a couple of hours working on my project. The streets are always crowded around this time, and there are also a lot of food stalls near the roads to accommodate people who can’t break their fast at home. It’s recommended to break your fast as soon as possible, preferably with water and something sweet. It’s also recommended that after you break your fast, you pray first before dinner.

The call to prayer for Maghrib is broadcasted at 5:30 p.m. This also signals we can break our fasts. My building is very quiet right now since a lot of people are out eating with their friends. Once I finished my work, I have my dinner, a crushed chicken, which is basically just a fried chicken crushed with garlic, some salt, and chili, and rice. It’s not good to have spicy food when your stomach is empty but since I’m not fasting, I’m eating it.

People are going to the mosque to have their fifth (and last) prayer and an optional prayer which is done during Ramadhan called Tarawih. You can actually do Tarawih at home but a lot of people prefer to do it at the mosque. During Ramadhan, the mosques are filled with people. There are also a few food stalls outside of the mosque. Most of these food stalls are actually directed towards elementary school students but a lot of grown-ups enjoy it as well. I wait for Tarawih to be over since I’m going to the mall with my friend. We’re going to get crepes since it’s delicious and calamari since there’s a promotion on it right now. There’s a lot of food promotions during Ramadhan. Maybe it’s because Ramadhan feels very festive or maybe it’s because most of us won’t use it since we’re fasting.

We arrive at the mall to find it weirdly crowded. On Ramadhan, people tend to stay in and sleep early so they can wake up for Suhoor but there are also some who decides they will sleep late and just eat their suhoor before they go to bed. We head to the food court and get what we came for. Usually, after this, we go to karaoke but since it’s closed during Ramadhan, we decide to take a walk outside, on Malioboro road. This is one of the most famous roads in Yogyakarta. It’s well-known for hosting a lot of gift shops, food stalls, and hotels for tourists. There are also a lot of people who spend their time with their friends here. You can find some of them just chatting on the benches, some in the restaurants, some browsing through the merchandise on the stalls, some even skate. There are also a couple of street performers here and there – it’s a very lively place to take a stroll on. 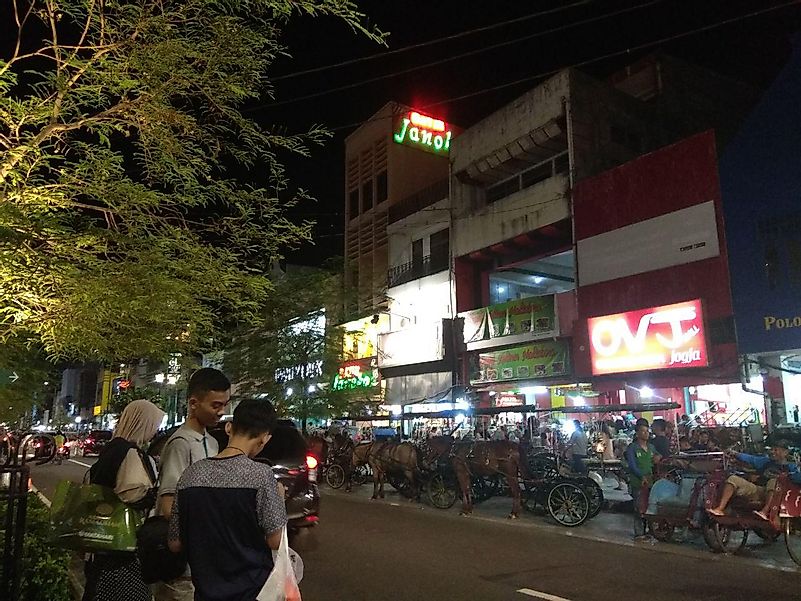 Since we finished our food and there’s nothing else to see, we decided to go home for the day. The streets are still packed, most of them are either young families or young adults, and of course, tourists. It’s still a weekday, so you can’t really expect the busier families to go out tonight yet it’s still crowded in Malioboro. When I don’t hang out with my friends, I usually spend my time in a local cafe or fast food chain to work on my project or play games with my friend. Above 10 p.m. most of the residents in said places are college students or workers who need the internet and electricity to work on their laptop. You can find these people in said cafe or restaurant with their laptop in front of them, strapped to certain points of the place which have a power socket. Aside from these diligent ladies and gentlemen, there’s not really much activity. There are a couple of night clubs in Yogyakarta, although I’ve never been to one. Sometimes, if you hang out at a local fast food chain late enough, you can see some people who just got back from the club. Sometimes they’re a little drunk but most of the time they’re sober and just look fabulous.

The journey home was as expected, not a lot of people, but crowded at certain spots. I go through my usual night routine as the cats make a fuss running around the room. After I wash my face and fill my water bottle, I sat down to write tomorrow’s to-do list. It’s a habit I picked up a while ago since I easily forget things and that’s not good when you’re stressing out for your graduation. I prepare for bed and charge my phone at a nearby power socket. I sleep earlier than usual since I’m sure I’ll wake up pretty early tomorrow as well.

Which countries would you like to see featured in "Day in a Life"? Let us know in the comments!

Most Recent in "Day in the Life"