The flag of Spain (la Rojigualda) was adopted on December 19, 1981. However, the origins of this flag’s design go back many more years. The two predominant colors of the flag, red and gold, have represented Spain since the 1700s when they were chosen by King Charles III of Spain.

The flag is made up of three bands of red, gold, and red, with the gold band being the largest of the three. In the off-center of the flag’s middle stripe exists the Coat of Arms of Spain.

Prior to its current flag, Spain flew a number of flags. 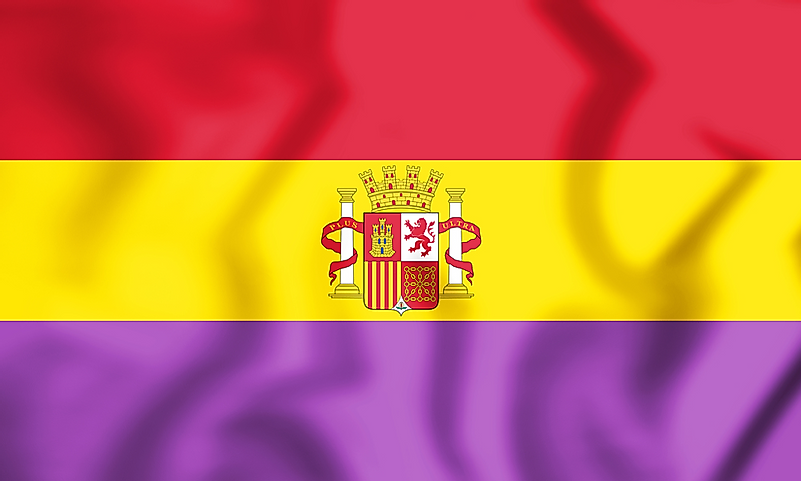 The flag of the Spanish Second Republic, seen above, was flown between 1931 and 1939.

During the Spanish State period, when Francisco Franco served as dictator of Spain, a few additional flags were also used. They all bore similarity to the current flag used today, except that they featured the eagle of John the Evangelist on the flag’s shield. A similar variation was also used during the Post-Franco interim period before the present-day flag was finally established in 1981.