Portugal’s flag has been in use since June 30, 1911. The flag’s meaning can be interpreted through the symbolism of its colors and design, including:

The flag was designed by a joint effort between Columbano, a painter, as well as Afonso Palla and Ladislau Pereira, who were veterans of the revolution. The design was also worked on by a journalist by the name of João Chagas and a writer named Abel Botelho. Together these figures were part of a committee that had been appointment by the country’s National Constituent Assembly with the aim of designing an entirely new flag. 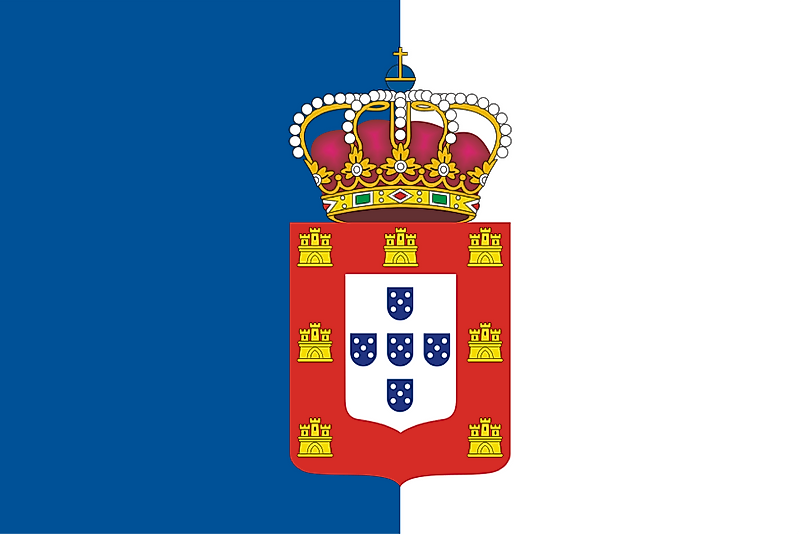 Prior to 1910, Portugal used the flag of Queen Maria II, seen above.