While war itself is as old as mankind, photography will only see it’s two-hundredth birthday later this century. Artistic renditions and anecdotal accounts of the greatest battles in history have colored our knowledge of earlier conflicts, but only since the advent of photography in the mid 19th century have we been able to see the ravages, joys, and agonies of war first-hand.

Due to both the prevalence of war correspondence and the unprecedented scale of combat, there are myriad examples of photographs that capture poignant and profound moments from the human tragedy that was World War II. Below are five of the most iconic, and the stories behind them.

Boy from the Warsaw Ghetto 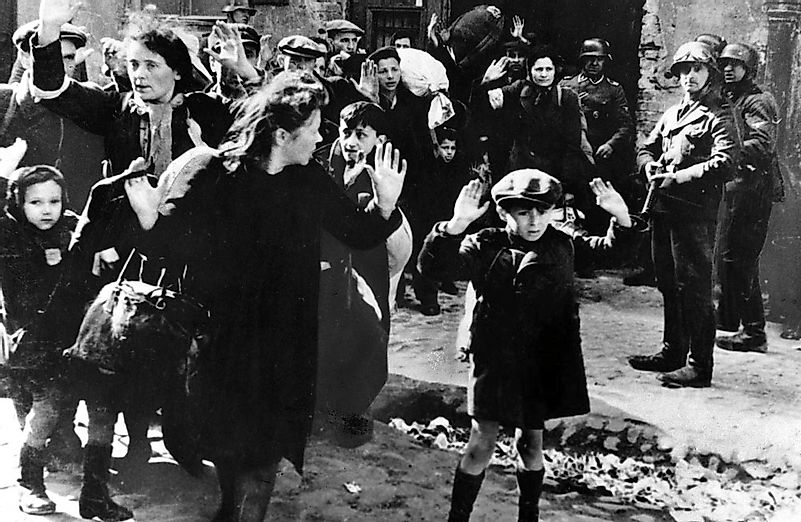 Likely taken by Nazi photographer Franz Konrad, the boy in the newsboy cap in this notorious picture has come to exemplify the Warsaw Ghetto Uprising in the spring of 1943. Included in a report filed by Nazi commandant Jurgen Stroop and titled “The Jewish Quarter Of Warsaw Is No More!” the image reveals the terror in the faces of some of the 50,000 people rounded up after their failed uprising and sent to the terrible fate of concentration camps. 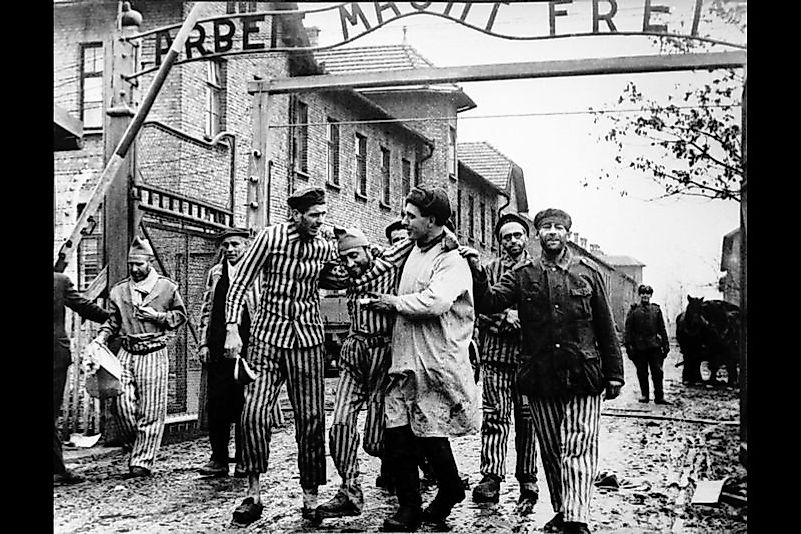 When the Soviets arrived to liberate Auschwitz in January of 1945, they discovered over 7,000 Jewish inmates who had been left back after the Nazi evacuation. In this photograph a doctor from the Red Army’s 322nd Rifle Division assists clearly jubilant survivors as they walk out from under the ironic messaging of Auschwitz’s infamous motto: “Work Brings Freedom.” 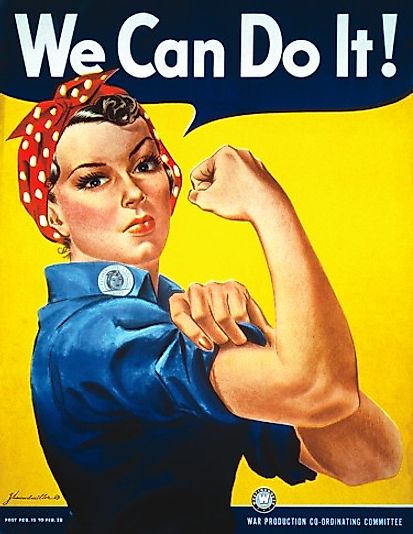 These welders from Gary, Indiana in 1943 were part of a war effort at home that saw women step in to do the military and civilian jobs once considered strictly the province of men. One of the many photos of Indiana factories by Margaret Bourke-White to inspire the feminist icon “Rosie the Riveter,” this image encapsulates the iron spirit of these then-unsung heroines. At one point during the war, single working women outnumbered those married and at home – a first in American society. 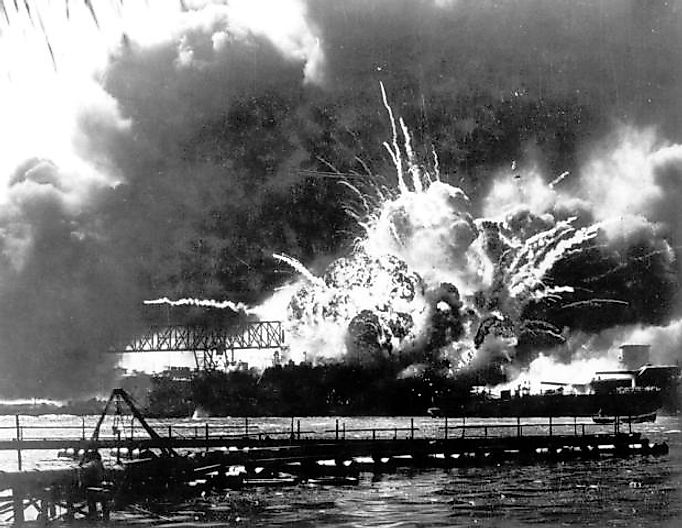 Bringing into stark relief the havoc unleashed during the surprise attack on Pearl Harbor, this photo depicts the aftereffects of Japanese bombs hitting a US naval base in Hawaii two years into the war, December 1941. The event, which President Franklin Roosevelt said would “live in infamy,” created a domino effect that saw the US enter the conflict with a war declaration against Japan. Mere days later congress had extended the declaration to include Japanese allies Germany and Italy, and World War II was fully underway.

Raising the Flag at Iwo Jima 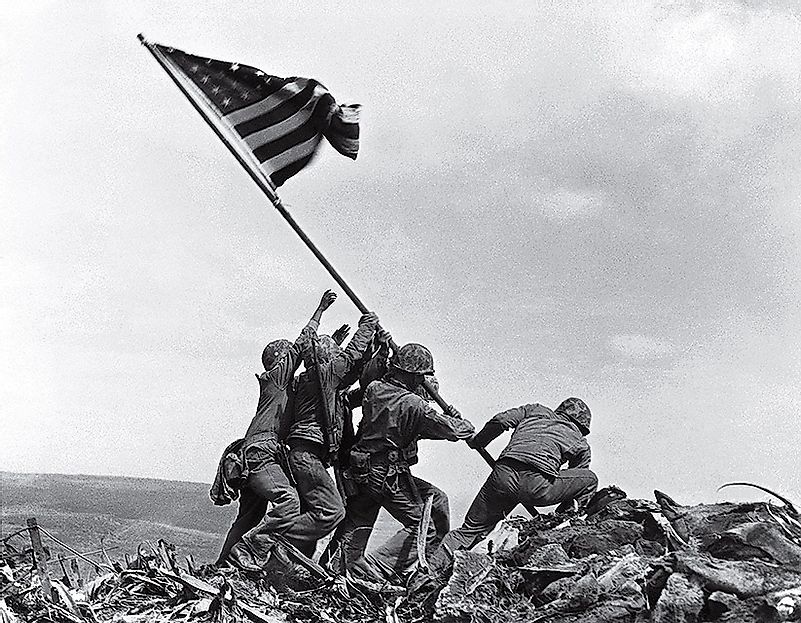 Few images so succinctly represent American victory in war than this Pulitzer Prize winning photograph by Joe Rosenthal of soldiers raising the flag at Iwo Jima. One of the most famous photos taken during World War II, what people seldom realize is that this was the second raising of the flag on Mt Suribachi that day, the first occurring earlier with a smaller flag and photographed by US Marine Louis Lowery. Another little-known fact is that three of the six soldiers shown here would not survive the battle.

Some of the causes of World War Two include the Treaty of Versailles, the rise of Fascism, and the Great Depression of the 1930s.

This page was last updated on February 3, 2020.
By Edmund Paul

The Stories Behind These Famous World War II Images