Although the COVID-19 is often called a coronavirus, there are actually more types of coronaviruses. More precisely, seven types /strains of human coronaviruses are known. Most of them cause infections with mild illness in the upper respiratory tract. Four of them are common: 229E, NL63, OC43, and NKU1 are not dangerous. These are usually manifested as symptoms of the common cold. However, three of the coronaviruses are known to be much more severe, to the extent of causing actual death. In the last twenty years, these three caused major outbreaks: SARS, MERS and most recently, COVID-19.

Which one of them is the most dangerous? We are looking into what is called a case fatality ratio. It is defined as a measure of the proportion of all diagnosed people with those who will die, based on such diagnosis.

So, here is the good news: unlike MERS and COVID-19, SARS (SARS-CoV) is a coronavirus that is now considered to be destroyed. Just like COVID-19, it was first detected in China in 2002. In the next year, there was a world outbreak with more than 8,000 cases. These cases also appeared in the U.S. and Canada. In totality, SARS caused more than eight hundred deaths. Still, there were no cases reported in any country, since 2004. The way of transmission follows the coronaviruses rule of transmission – airborne droplets are the main way another person can get infected.

The outbreak of SARS started when the virus was transmitted from an animal to a human. It has been said that the so-called horseshoe bats were the vector for the virus. In 2020, the WHO reported that bats are believed to be acting as containers for some of the coronaviruses. Because of the early onset of measures, the virus was successfully contained. The majority of human-to-human infections were those of health workers dealing with patients. The fatality ratio of SARS is estimated to be between 14% to 15%.

How Does COVID-19 Compare To SARS? 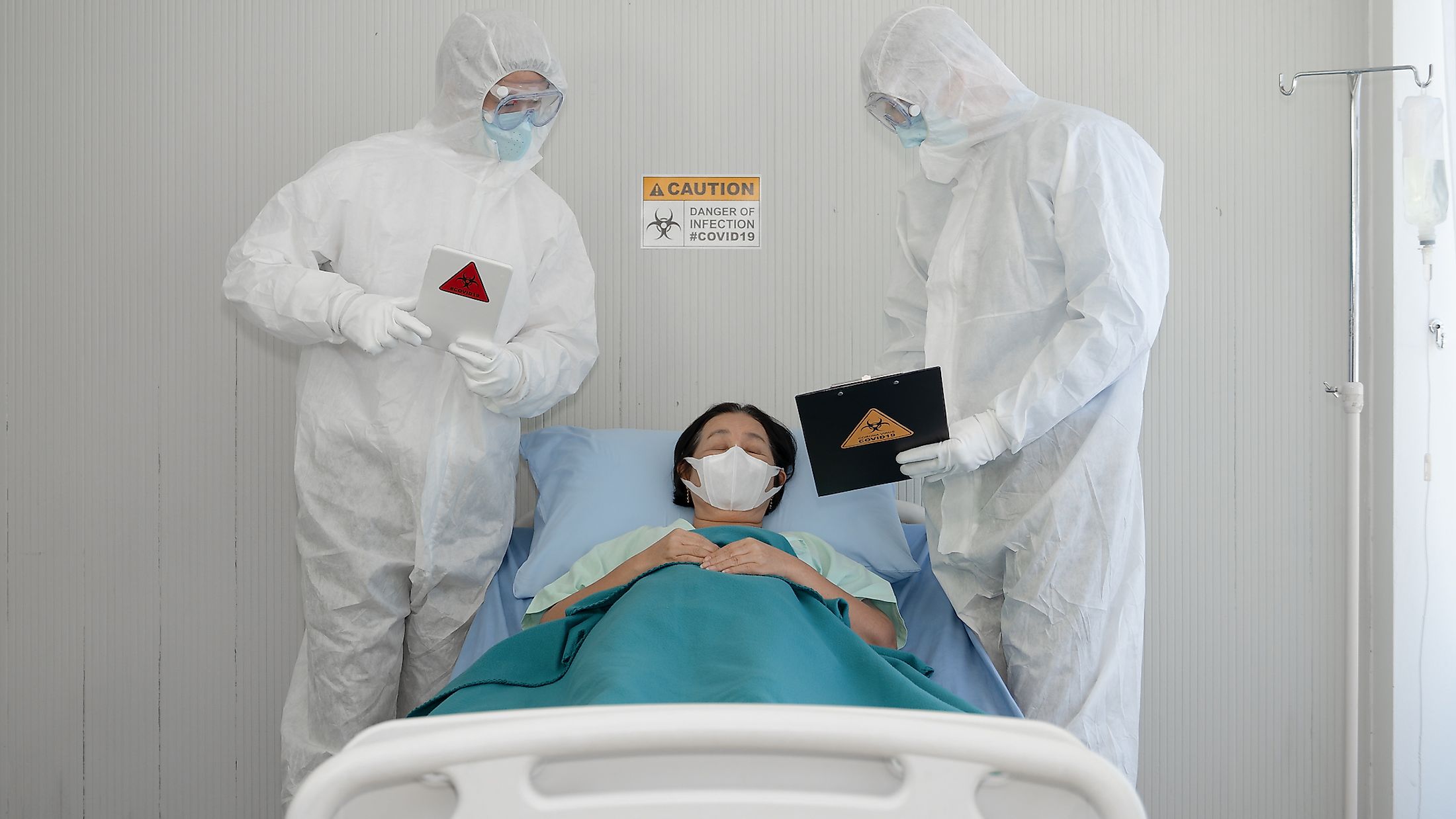 COVID-19 was first reported in Wuhan, China, in late 2019. Currently, as you probably know by now, the entire planet is dealing with its outbreak. It is important to note that COVID-19 is the coronavirus that is newly identified. It has been called SARS-CoV2 but the genetic structure of the virus is slightly different than the one which causes SARS. Horseshoe bats, which were linked to SARS, were also initially linked to COVID-19. In 2002, China’s wet markets sold this type of bats, particularly those in Guangdong province where the outbreak started. But by 2019, these bats were no longer sold in any of the wet markets. Experts and researchers also note that these bats do not even live close to Wuhan, where the COVID-19 outbreak started. However, many also noted that these bats are used in biomedical research in laboratory settings. Two of these labs do exist in Wuhan. Right now, there are speculations that a scientist from one of these labs might have been infected by a bat and then carried the virus into the population.

Reports with the number of those who are infected and those who, unfortunately, died from the virus, are updated daily and it all seems overwhelming at times. It is very challenging to give a precise fatality ratio for the virus while the epidemic is ongoing. But a research team recently published its article in The Lancet, a prestigious medical journal. Good news: their analysis puts the fatality ratio at 1.38%, way below of SARS’ fatality ratio. The catch with COVID-19? Its transmission is easy and quick, and the only way to put the outbreak under control remains to be a measure of social distancing.

And The Winner Is... MERS (Middle East Respiratory Syndrome)

MERS is also known as MERS-CoV and its first cases were detected in parts of Saudi Arabia and Jordan, in 2012. So far, in the last eight years, there were more than 2,200 confirmed cases with over 800 deaths. Most of these cases occurred in Saudi Arabia. MERS has also been detected outside the Middle East, mostly in Germany, Italy, France, and Tunisia. Almost all of these cases were people who were either traveling or working in the Middle East. The virus has not disappeared but it is under control – new cases continue to appear in Saudi Arabia.

As all coronaviruses, MERS is spread through airborne droplets made by an infected person. These droplets are made by either coughing or sneezing. Symptoms include fever, muscle ache and, of course, a cough. The latest research of MERS fatality cites the estimation of the World Health Organization (WHO). The fatality ratio for MERS is currently about 35%, meaning that roughly 35% of infections will result in death.

Lessons From MERS And COVID-19 Outbreaks

Compared to SARS and COVID-19, it is obvious that MERS is potentially the most dangerous one. The fact that the virus still has the potential to spread across countries and with no vaccination developed can be a matter of concern. Some experts note that our experience with MERS should have taught us a lesson to be better prepared for COVID-19. The most recent outbreak of MERS, in 2017, shows just how easily and quickly an outbreak of the coronavirus can happen. One patient in Riyadh who was infected turned out to be responsible for infecting another sixteen people which eventually led to another 44 people infected. All of this happened in a matter of days!

Also, recent research highlights the fact that there are difficulties in recognizing the virus with some patients. Pneumonia is one of the main symptoms of the virus but it is hard to diagnose it in patients who suffer renal and cardiac failures. Patients who suffer these failures are usually older people who are especially vulnerable to the virus. Still, as many experts also note, that is no reason to live in fear. The current COVID-19 outbreak is supposed to serve as a way of learning to deal with coronaviruses in the future. Certainly, countries around the globe and the medical community will take valuable lessons from this outbreak.

Ivan loves writing, music, audio production, and social sciences. He lives by the words of one famous sociologist who said that "sociology is a martial art". When he's not writing, he enjoys playing his Stratocaster and video games.

More in Did You Know