Koalas are herbivorous animals that have oval noses and round ears. These marsupials are not related to bears in any way except for their behavior and appearance. The name koala originates from an Aboriginal term that means “no drink” because koalas rarely drink water. They satisfy their water needs from the moisture in the leaves of the gum tree. Prior to the current intense bushfire season, around 43,000 to 100,000 koalas lived in Australia. 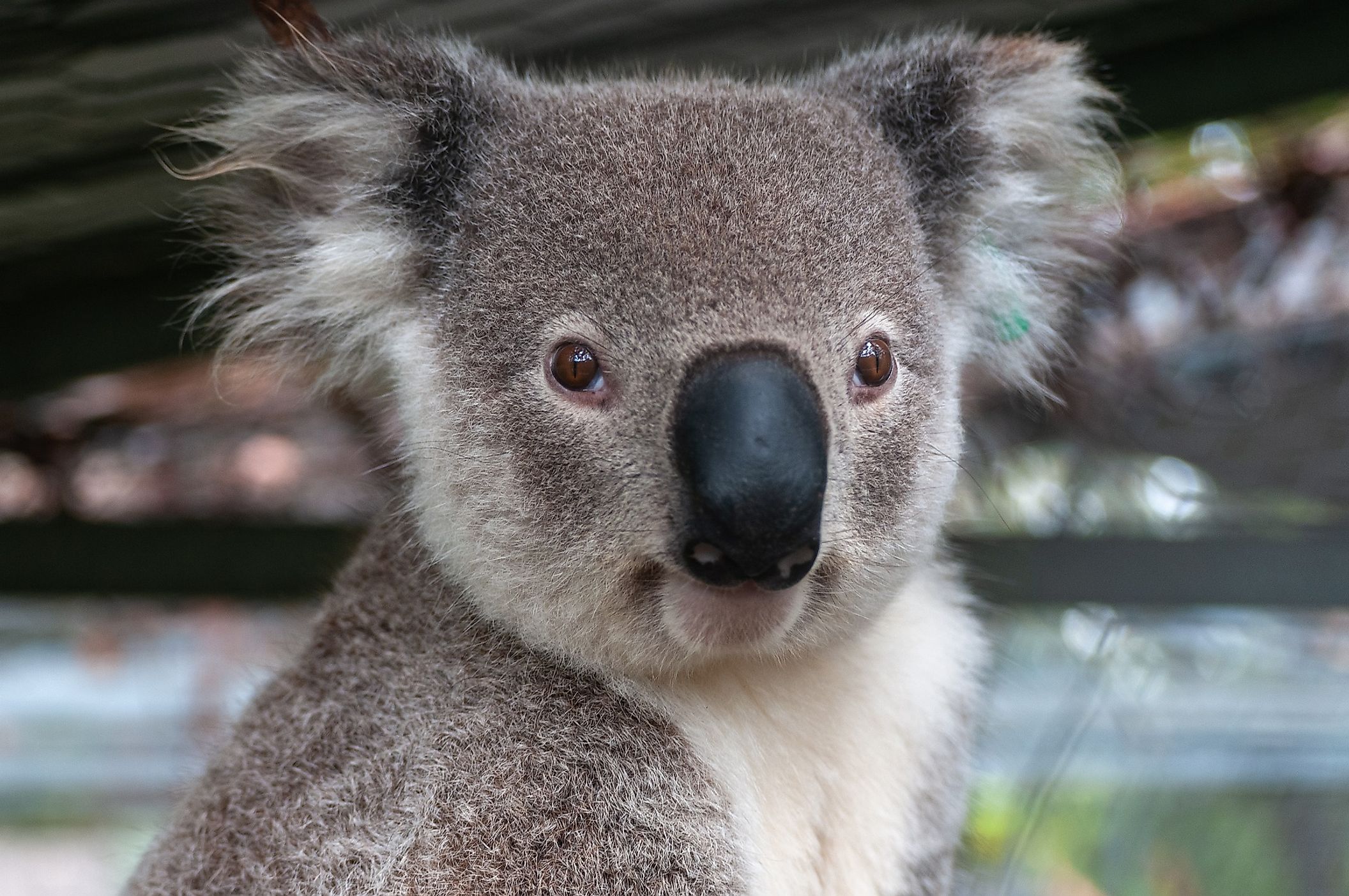 Koalas are similar to opossums, wombats, and kangaroos in the sense that they nurse their newborns in pouches. Adult Koalas are 2 or 3 feet tall and their weight varies based on where they live. Koalas spend most of their time eating and sleeping. Their fur color ranges between reddish-brown and grey and has a coarse texture like that of wool. Their fur repels rain-water, keeping the marsupial dry all the time. Koalas have big claws that assist in climbing trees. They have poor eyesight and detect their predators through sound. They also possess a high sense of hearing and smell.

Their food and shelter are obtained from one plant – the gum tree which is considered poisonous to most other animals. There is only one species of koalas around the world, although there is no scientific proof for this conclusion. Koalas are mostly found in the states of Queensland, Victoria, South Australia, and South Wales. Their habitat is the woodlands and forests. They spend most of their time by themselves on top of the eucalyptus tree, and only come together during mating and when raising a young one. Koalas also have unique fingerprints like human beings. 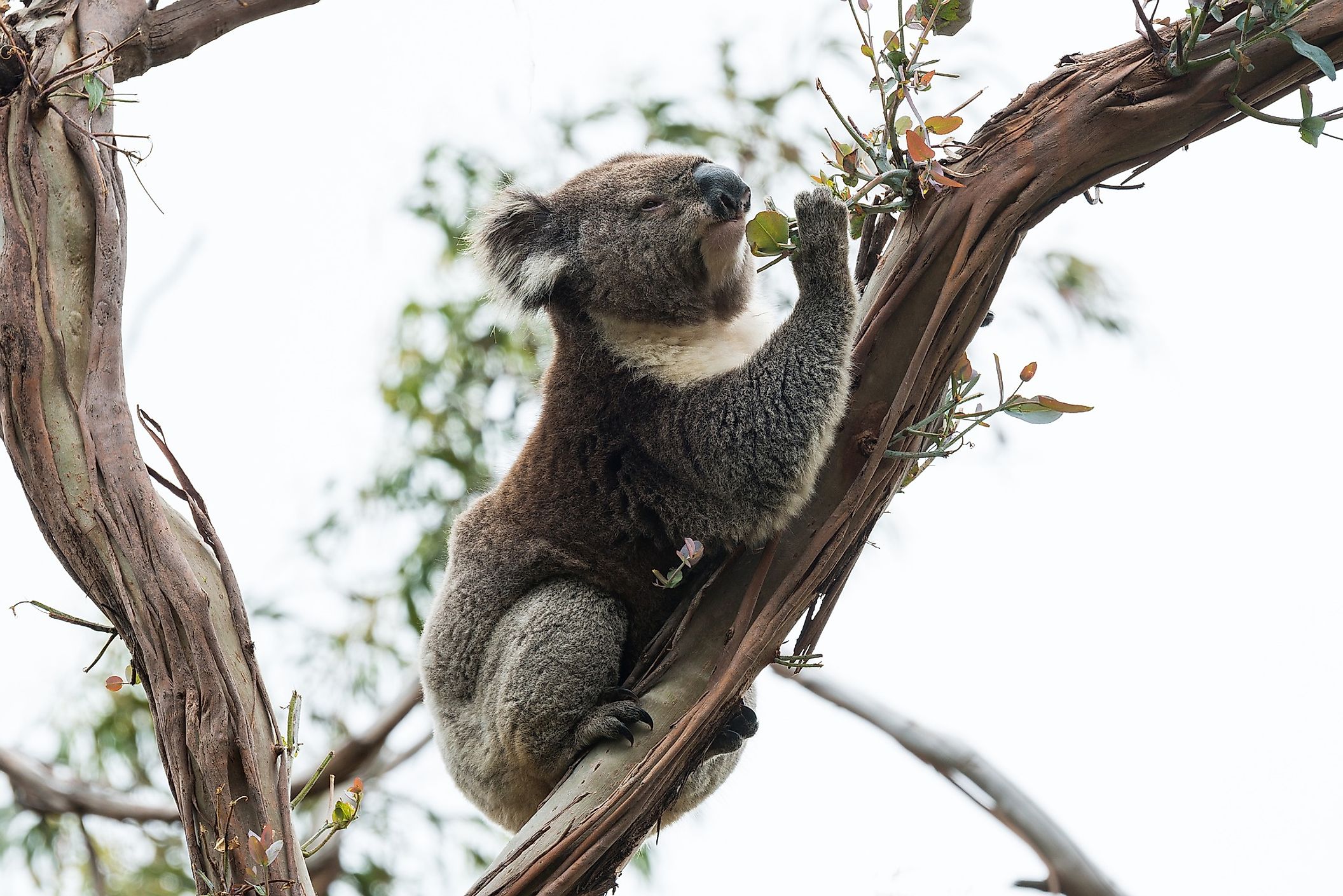 Number Of Koalas In Australia

It is estimated that the number of koalas that lived in Australia before the beginning of the bushfire season in June 2019 ranged between 43,000 and 100,000. Another estimate in 2016 indicated the numbers as 329,000. The leading cause for the decline in koala populations in the past include the destruction of their habitat. Other reasons include a decrease in the nutritional value of the gum tree leaves as a result of climate change as well as logging. When trees are destroyed, koalas are forced to spend time on the ground where they are easily injured by other animals like dogs. Since 2012, the population of koalas has been listed as vulnerable because of their ravaged habitats. However, some parts of the country remain unaffected. A large percentage of the surviving koalas live along the eastern and southeastern coastlines of Australia. The population once ranged in millions, although studies show that at least one in four koalas have been dying in the past 20 years.

Impact Of Bushfire On The Koala Population

Koalas depend on the fire-resistant eucalyptus tree for survival. The trees have the potential to grow back faster after burning down. They are also tall enough to keep the koalas from flames in case they climb to the highest branches. The intensity of fire experienced in Australia from June 2019 burnt all the trees to ashes. As a result, the surviving koalas were adversely affected. According to researchers, 32,400 square miles of the landscape had been destroyed by the fire as of January 7, 2020. This, plus the fact that the animals are human shy, made it impossible to estimate the number of koalas that might have survived the fire. It is estimated that at least 8,400 of the animals that perished in the fire could be koalas. These numbers were reached after the bushfire ravaged the New South Wales coast which was home to over 28,000 koalas.

Infertility And Death From Chlamydia

Several koalas have been affected negatively by chlamydia, which is a sexually transmitted disease. The disease is not fatal but has contributed to infertility, death, and blindness among the surviving troop. The female koalas pass the disease to both their male counterparts and the young ones. The antibiotic treatment used to cure the disease in koalas changes their gut microbes, affecting their capability to digest eucalyptus. There is a disease-free population of the marsupials on the Kangaroo Island whose number had increased to about 50,000 before a third of the island was destroyed by fire. Microbiologists have also developed a vaccine that will help eliminate chlamydia from the remaining population.

The surviving koalas are still threatened as more land is put under development. Drought and habitat degradation have largely contributed to the diminishing nutritional value of eucalyptus. The Australian government listed koalas among vulnerable species in 2012. However, other institutions indicate that koalas cannot become extinct because of their wide distribution within Australia. The only biggest concern listed by these institutions is deforestation and attacks from domestic dogs. According to the Australian Koala Foundation, every year more than 4,000 koalas are killed by cars and dogs.

This page was last updated on February 23, 2020.
By Benjamin Elisha Sawe