Throughout history, dictators from around the world have come to power through a variety of methods, often touting themselves as heroes of liberty and justice. While many dictators may have started out with a mission of freedom; eventually it seems, they all devolve into irrational tyrants. The following list of dictators seized any thread of power and maintained control through terror, indignity, and murder.

Adolf Hitler needs no introduction, born in Austria, he is responsible for the deaths of over 5.5 million Jews and other “unwanted” peoples during WW2.  Hitler and the Nazis systematically rounded up Jews across Europe and imprisoned them in death and labour camps equipped with gas chambers to commit mass murder.

Kim Jong Sung was the first megalomaniac dictator of the Kim Jong Dynasty that has ruled North Korea since 1948.  His son, Kim Jong Il took over from 1994 until 2011 and currently Kim Jong Un is responsible for the suffering of the people of North Korea.  The family is said to be responsible for hundreds of thousands of deaths from prison camps and starvation but numbers are guesswork as North Korea does not share their data with the rest of the world.   North Koreans are prisoners in their own country as very few are able to travel abroad.

The Marxist leader of China until 1976, he led the country through their Communist revolution and subsequent oppression.  Mao’s policies led to widespread famine that killed tens of millions and his authoritarian rule led to dissidents that were executed and imprisoned.  Some estimates suggest he killed around 65 million people in China over the course of his regime. Described as the greatest famine in human history, The Great Leap Forward caused the gross mismanagement of agriculture production and food distribution, resulting in a massive famine killing approximately 20 million people. 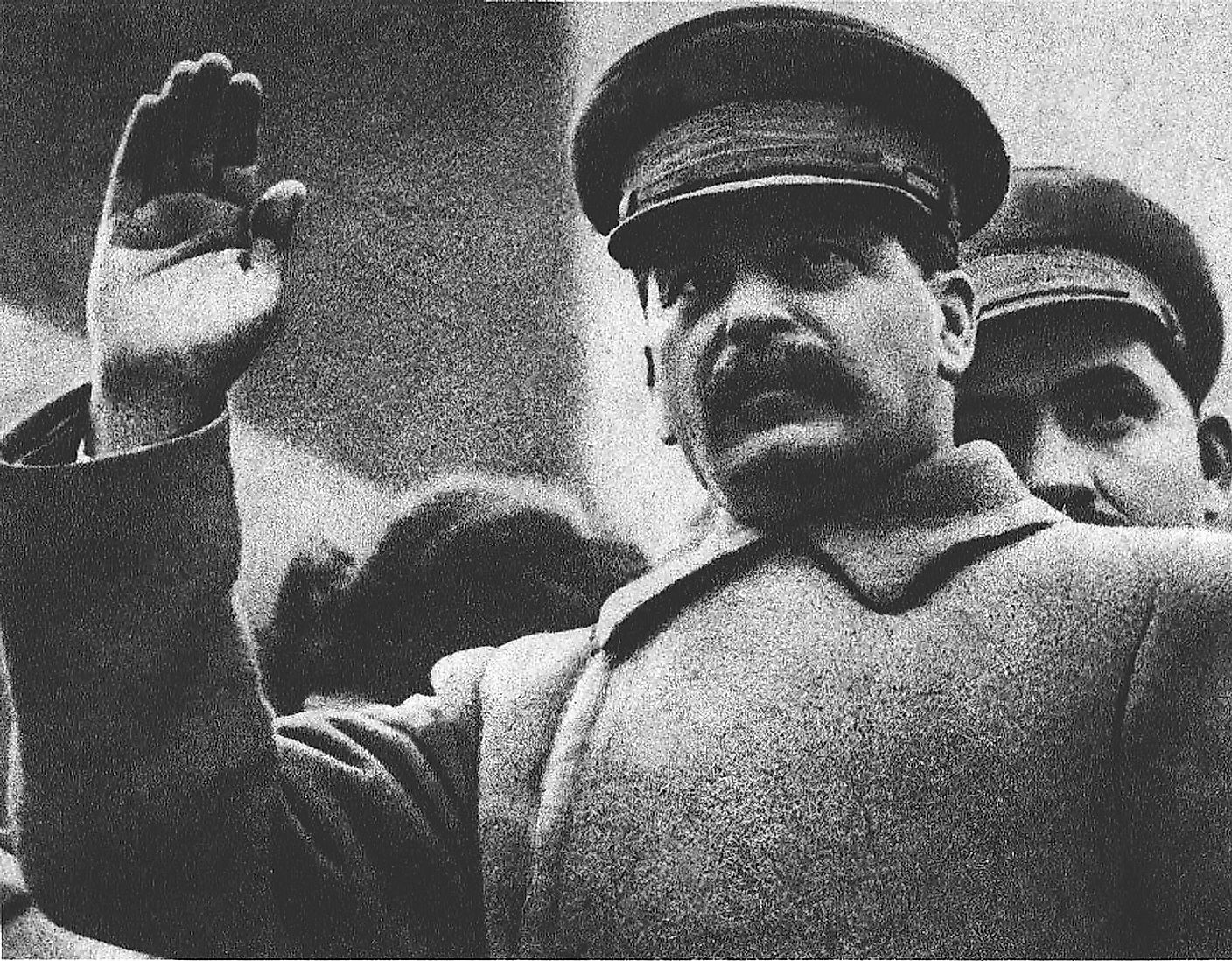 Stalin , the successor of Lenin, is a dictator who led the Soviet Union through The Great Purge. He massacred dissidents and anyone he felt threatened his power.  Initially he purged members of the Bolshevik party and The Red Army, but eventually began to include farmers, ethnic minorities, artists, scientists; basically anyone who was suspected of questioning his authority.  Worse still he created a barbaric policy that made families guilty by association, thus a child as young as 12 could be executed for the crimes of their father. He sent over a million people to Gulags, labour camps where conditions were deplorable and many people diedas a result.  Stalin caused absolute terror all over the Soviet Union for many years, from the mid 1930’s until his death in 1953.

The Belgian King Leopold II was a barbaric leader,  who is directly responsible for the deaths of approximately 10 million Congolese. During his imperial reign he sought to develop the Belgian Congo, now known as The Democratic Republic of The Congo (DRC).  He committed terrible atrocities in his maniacal greed to strip the Congo of its natural resources for his own personal profit. Initially, he targeted the ivory market but eventually he moved on to rubber.  His Force Publique army would hold captive, the women of a village and force the men to bring them a quota of wild rubber. Because of this many women hostages starved and men were worked to death trying to free their wives.  Soldiers dispersed to control the native population and squash rebellion, had to present the severed hands of rebels they killed. Leopold’s brutal involuntary labour policies led to the under production of food, thus a famine ensued, killing many.  Leopold’s tactics to harvest wild rubber were copied by other colonial powers leading to devastation in those areas as well. The disruption that Leopold caused in the Congo continues to be felt throughout the DRC to this day.

Pol Pot and The Khmer Rouge

Leader of the Khmer Rouge, Pol Pot was a brutal Communist dictator who murdered millions of people in Cambodia. Pol Pot’s form of Communism was extreme, he aimed to create an Agrarian Utopia; he shut down all sources of information, banned religion, money, and bicycles (the main form of transportation).  There were no healthcare or education services and businesses were obligated to close. He displaced millions of urban dwellers into the countryside where they were forced into labour and ultimately died of overwork, starvation, and disease. Pol Pot’s radical regime committed genocide and even though he was arrested in 1997, he was never convicted of war crimes because he died before his trial.

Mengistu came to power after the collapse of Hailie Selassie's government in Ethiopia.  During the years known as The Dergue, Mengistu’s Socialist’s Worker party tried to wipe out dissent by eliminating those connected to Hailie Selassie’s party. Thousands of young people and students were found dead in the streets and many more imprisoned over a period of two years known as The Red Terror.  Due to increasing threats from a drought and famine in the North and rebellion in Eritrea province, the Mengistu regime began using increasingly authoritative military power to retain control with the help of the Soviet Union. After the Soviet Union withdrew support, his regime eventually failed and he fled to Zimbabwe. He was later tried in absentia and was convicted of genocide and sentenced to death in 2008.

Saddam Hussein came to power in 1979 and for the next 24 years he terrorized Iraq and neighbouring countries.  Hussein's started the Iran-Iraq war in which he deployed the use of chemical weapons against Iranians and also Kurdish citizens of Iraq. Thorughout Saddam Hussein's time as President of Iraq he lived an excessively opulent lifestyle while most of his country was impoverished.  Hussein was a true megalomaniac, with massive statues of himself erected all over the country.  The British Report, Saddam Hussein: Crimes and Human Rights Abuses, state that Hussein, his heinous sons, and the secret police used torture and terror such as rape, burning, amputation, mutilation with acid, and eye-gouging to crush dissidents.  He reportedly killed over a million people during his 24 year reign.

The UN and Human Rights Watch have implicated Assad in having commited war crimes such as using chemical weapons.  The years leading up to and during the Syrian Civil War, Assad's regime has maintained control by using terror tactics to quell suspected threats of opposition.  Imprisoning and torturing hundreds of thousands; some people simply vanishing after they have been arrested, using unnecessary military force, endangering civilians, and terrorizing the Kurds.  The numbers are still guesswork, but up to 400,000 deaths could be attriubuted to Bashar Al Assad's dictatorship.

The Butcher of Uganda, Idi Amin's nickname speaks volumes.  He overthrew the Ugandan government in 1971 and declared himself President.  During his time in power the economy of Uganda collapsed while he lived in luxury.  Initially, Amin used his "killer squads" to murder supporters of the previous President, Obote, but eventually he commited mass killings of anyone from journalists to homosexuals, to lawyers. Over 300,000 people are said to have been killed during his 8 years in power.  Idi Amin tried to attack Tanzania which led to his demise as Tanzanian troops overpowered his army and he fled the country.

This page was last updated on March 2, 2020.
By Chelsie Evans